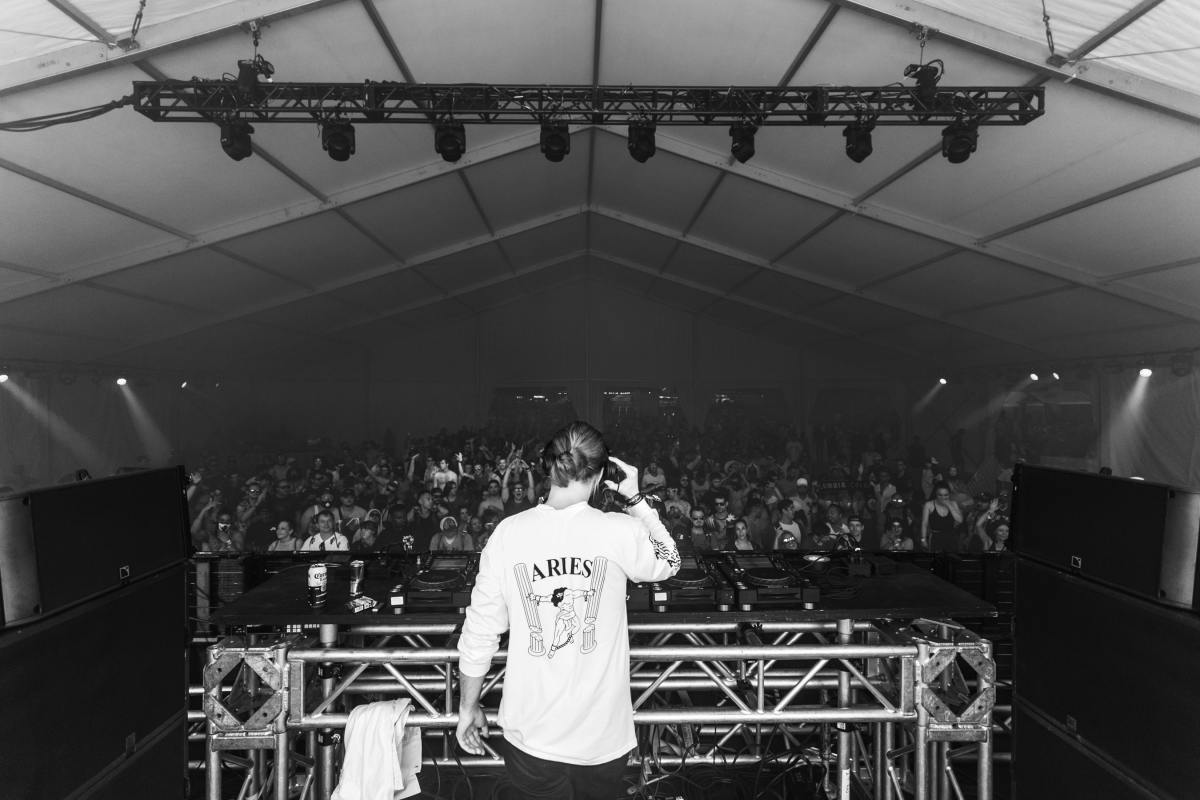 For a long time, dub techno has taken us to new heights with the sounds of Echocord, Deepchord, STL, Levon Vincent and Basic Channel (Rhythm & Sound and Maurizio), who invented the genre in the early 90s.

Post-pandemic, the deep, hypnotic techno that had been buzzing for a few years faded as clubs and restrictions hit. Ambient music – especially ambient techno and atmospheric/field recordings – peaked in conjunction with today’s global vibe, which was more subdued at the time.

Dub techno has inherently taken over and transformed itself into a natural reflection of what beautiful contemporary music must bring to us today: depth, inner meaning and beauty.

In this sense, 2022 has been a great year for all dub sounds, oscillating between ambient/atmospheric, deep house/techno and minimal music in general. When the sunset sets in and the mood changes, that’s when dub techno hits, with subtle deep bass and melodic percussion, layered with mesmerizing and seductive dub chords or atmospheres.

Here are the best dub techno tracks for a mild but sed(dub)tif summer to bring some cool dub techno to your ears.

This sexy, vocal-soaked melodic dub track is aligned with the deep house music of Helly Larson. Released May 17, 2022, part of the epic electronic dub label Hello Strange, featuring dub artists like Heavenchord or Schulz audio, this new dub track has us indeed wowed.

This stunner, released on July 28, 2022, was born out of a seamless collaboration between talented dub artists Liuos and NAE-TEK, whose superb deep past releases landed us on Superordinate Dub Waves. All NAE-TEK sounds are deep, fascinating and captivating, taking us on deep journeys and atmospheric echoes, similar to Levon Vincent. Stay tuned for upcoming and upcoming NAE-TEK dubbing releases on this label featuring Moodeep and other exciting dubbing artists.

Until then, “Obsessional” is perfect for a great dance or a nice listen at home or in an ambient bar with some great music.

More aligned with dance music and deep tech, this dubby track surprises us on a warm dancefloor with some tangy elements.

Spring will come and we will open the windows – Heavenchord (Sedubtive)

The luscious, downtempo dub sounds of Heavenchord’s Artur Galstyan have taken us into uncharted territories full of magic for years running to date. This new beauty title, flirting between delays and subtle and deep echoes, goes in this direction. “Spring Will Come and We Will Open the Windows” belongs to the album “A Touch Of Seafield’s”, released on May 30, 2022, on Sedubtive. Heavenchord has previously produced on Hello Strange and Cold Tear Records and has consistently released outstanding music aligned with the downtempo deep and dub style.

The Lithuanian Post-Apocalyptic artist has his interpretations of subtle, hazy and exquisite dub techno. “Emerald Ocean” was released on May 16, 2022, as part of a 9-track “Far Away” album, featuring haunting tracks that convey a pure take on atmospheric dub techno.

This track mixes explicitly intense dub chords with repetitive atmospheric elements that take us on a deep journey into a dark forest.

French artist ANGEL (Angel Lebailly) has been tweaking her productions in secret lately and, while she released an ambient single last year, this summer she returned to her favorite genre, deep dub techno. and sensual. “Particle II” was released on June 24 as part of the album “Sous l’eau”, on the young label and artistic collective from Stuttgart AMAS Studio.

This track breaks the rules of dub techno as it mixes electronic vocals and deep layers with subtle dub chords and is well received by the dub techno community.

Drift Deeper is a London-based dub and ambient techno label that never disappoints when it comes to releasing great sounds. In a nutshell, a masterpiece would simply be the best description of “5001 Miles,” released July 4 as part of a gorgeous EP of the same name.

It is inevitable to quote Markus Masuhr’s latest release on his imprint, the highly respected Leipzig-based insectorama label, which has been steadily releasing quality dub techno since 2006. As a devout contemporary dub techno artist, “Sound of the Light” is part of the exquisite “The Dub Theory – Chapter Six” album and a series of dub releases that feature deep, resonant dub techno just the way we love it.

Bringing fresh dub and deep New York sounds, Eric Louis’ take on dub and experimental techno does not disappoint. “Hazy Memory” is out as early as April 9, 2022, but continues to hit like never before as it brings cutting-edge production that’s groovy with solid dubby elements. Other releases are imminent on this label at the end of August by this artist.

What happens if you combine exceptional deep and dub techno producers in a fruitful collaboration? Perhaps the answer is this track of deep beauty “Olivetti”, remixed by Polish producer Moodeep, and produced initially by official Siberian producer BRUIT BLANC (Apnea label) and Italian producer Dott. Santafeo.

This deep melody is a perfect summertime treat for all dub lovers.

Since 2007, minimood has been exploring the dubbier version of techno, and while Russian underground duo Advanced Dreams released “Blurred Trip” earlier this year on March 3, 2022, pressed only on clear wax, the Polish producer’s remix Malinowski unveils a secret dub layers that blend perfectly with the deep techno bassline.

Guzz (Arg) is another artist committed to the broader genre of dub techno. Proof of this is, “Meteor” released as part of VA on February 25, 2022, on South African label Pocket Food Audio, conveys layers of dub with groovy textures – making it an ideal addition to a summer evening. with great dub tracks.

We close this fantastic series with the latest release, however evocative, Coma Conscience’s “Dub Seekers” on Dutch imprint Deep Electronics on August 12, 2022. Deep soundscapes marry dub elements for a smooth ballad somewhere relaxing and mesmerizing on this haunting track.