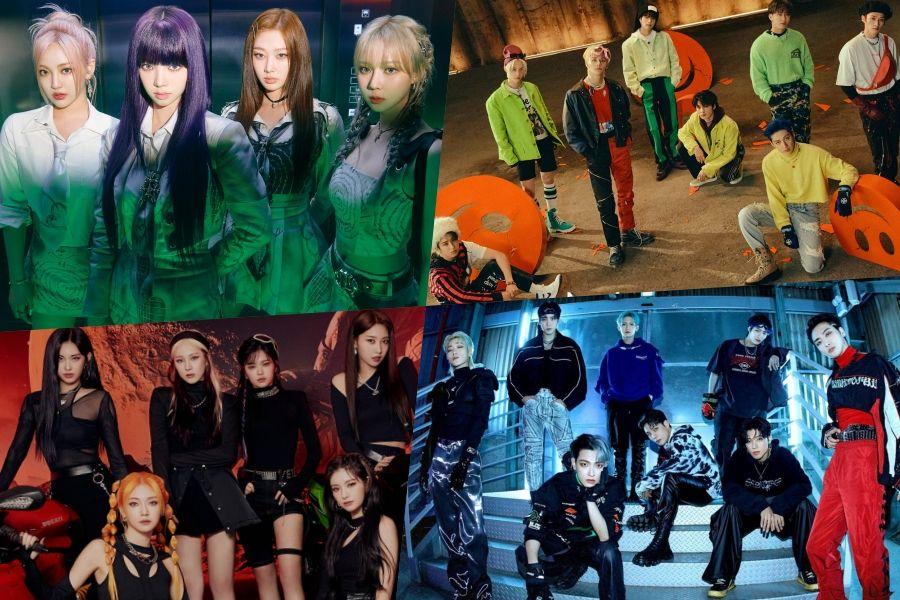 In later generations of K-pop, many artists have begun to favor beat drops and aggressive, hard-hitting instrumentals to match the intensity and power of their dances. Although some listeners disapprove of this style of music, calling it too “loud” or comparing it to “construction noise”, it is clear just how popular this genre of music has become. Without further ado, here are some of the best K-pop songs that shamelessly embrace the noise music title.

Kicking off is EVERGLOW’s “DUN DUN”, one of the band’s boldest and most successful singles to date. Doing bold EDM and threatening their niche from the get-go, EVERGLOW delivers an intense, jaw-dropping experience with every listen to this song and with every dynamic drop, punctuated by the members’ anthemic screams.

KARD is known for its discography of club-ready hits, and 2019’s “Bomb Bomb” is no different. However, this track dives into an experimental, gritty instrumental that borders on gritty, but it still makes for an energetically infectious track that packs an undeniable punch.

In their latest title track, ATEEZ seem to have gathered every ounce of power and attitude into their bodies, combining it all into the banger that is “Guerrilla.” Quite possibly the most aggressive K-pop release in recent memory, this song seamlessly fuses its jerky synths with heavy, rocky instrumental guitar, even sprinkling in a few moments of shouto for good measure. With “Guerrilla”, ATEEZ proves that their turbulent and wild energy remains unmatched.

Of all of aespa’s innovative and experimental tracks, last year’s “Savage” is one of the most iconic with its booming industrial sound and video game-inspired blips, painting a vibrant cyberpunk soundscape befitting their unique concept. . Although she doesn’t have the flashiest lines, rapper and singer Karina takes this track to the next level with her dark tone and addictive vocals, which feel right at home in “Savage.”

Can you believe it’s been six years since GOT7 blew us away with “Hard Carry”? This powerful EDM and trap-influenced dance track is still one of the boy band’s most memorable songs to date, signaling their shift to a heavier sound with its heart-pounding, heart-pounding instrumental drop. And, as the title suggests, it’s really going hard.

While we deeply miss CLC, the third-generation girl group made sure to go out with a bang through the edgy trap and heavy EDM-infused “HELICOPTER” as their latest single. Loaded with explosive instrumentation and a powerful, stomping beat, this track brought out the best in CLC’s fearless, confident attitude.

“The Thunderous have arrived,” Stray Kids declares in this intense jamming to their enemies. The band showed unabashed boldness early on in their career, choosing to commit to their hard-hitting sound despite the divisive attitudes in their music. Its instrumental chorus is unlike any other, perfectly mimicking the stomach-dropping sensation of descending a steep roller coaster. Plus, what better way to end this list than with the kings of noise music themselves?

What else do you think should have been on the list? Tell us in the comments below!

Gladys Yeo is a lifelong K-entertainment fan and university student majoring in Media and Asian Studies. Outside of school and writing, she can be found listening to K-pop girl groups or trying (and failing) to control her two pet corgis. Don’t hesitate to hit her instagram Where Twitter to discuss drama, music and life!

Currently addicted to: “Guerrilla” by ATEEZ, “Hype Boy” by NewJeans
I can not wait to: “The Billage of Perception: Chapter Two” by Billlie and “Gasoline” by Key