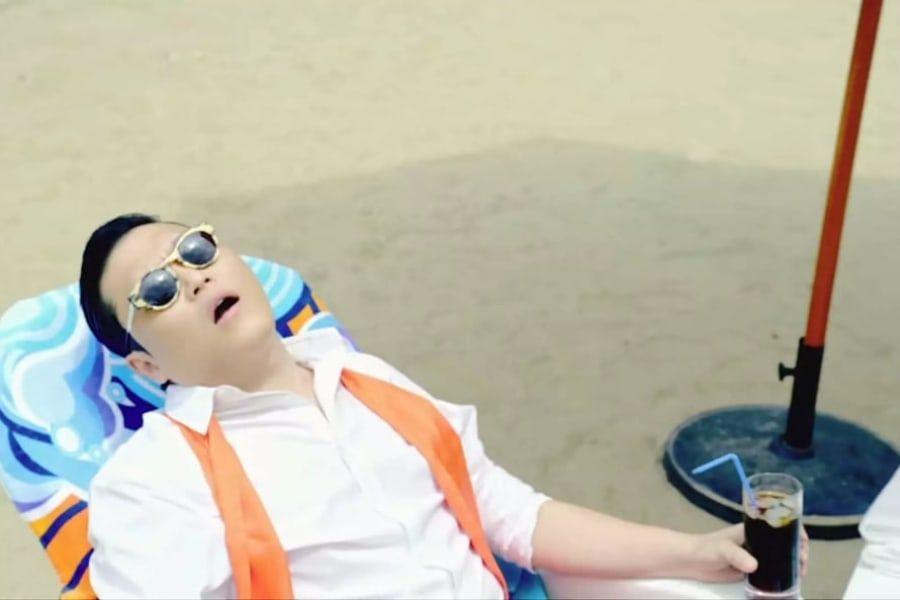 8 Chaotic PSY Tracks to Light Up Your Summer

Summer is coming and that means three things: beaches, vacations and summer jams. If you’re in the mood for some high-energy bops to spice up your sunny season, leave it to the one and only PSY. The singer, rapper, songwriter, producer and CEO of his own label, P NATION, is known for his comedic tunes and downright chaotic MVs. The touch of satire in the lyrics as well as the cinematography make this creative artist a legend in the music industry both at home and abroad.

Going chronologically through PSY’s music timeline, here are eight chaotic tracks to brighten up your summer!

If you’re stuck in traffic, working too much in the office, or anywhere else where you’d suddenly feel down in general, turn this song on right away. In its own frenetic style, PSY tackles the usual worries of life and motivates its listeners to let go of them and vibrate with the music. The best part? This would work great for a dance battle on a sunny day!

This banger has gone viral, and for good reason: the chorus is an earworm, the horse dance is catchy, and the entire clip is captivatingly insane. This summer release literally took the world by storm and was played everywhere – no wonder the MV held YouTube records for nearly a decade. With the heat coming up, it seems like a good idea to adopt PSY’s Gangnam style!

PSY embraces his “naughty” gentlemanly side in this prank-filled bop that borrows slightly from “Gangnam Style” in a way. Visually, many celebrity cameos can be spotted throughout the clip, such as Ga In and Yoo Jae Suk, which further adds to the fun. The lyrics and the music video give off two different but complementary vibes. Either way, fun is guaranteed with this one!

Only PSY would film a music video with him as son, father and grandfather and somehow make us believe that they are three different individuals. Staying true to his prankster persona and briefly featuring CL, the performer brags about the origins of his charms while embracing his not-so-chivalrous persona. Lyrics aside, it’s an awesome beat for chilling out!

If you want a soundtrack that makes you feel fresh, young, and living your life to the fullest, you know you need to press play on this one. PSY is everywhere to feel, and he loves it. Featuring cameos from Lee Byung Hun and Daimaou Kosaka, the bouncy beat, smooth moves and confident lyrics all say one thing: it’s a bop for the warm season!

New face, new sound, same style: this is PSY for you. With another set of on-point satire and addictive choreography, the MV features a rather familiar face, which is none other than Apink’s Son Naeun. It’s exactly the sound you need to start your vacation or maybe even start somewhere else. Sing along and let the music move you!

What’s a PSY playlist without its latest comeback after five long years? With Suga, who co-wrote and produced the song, PSY welcomes life back after a few arduous years plagued by the pandemic. This epic jam is the best audio-visual experience to brighten up your summer and enjoy the little things as they slowly but surely return to how they once were.

Joined by one of Korea’s most beautiful celebrities, Suzy, PSY offers a fun take on famous people. The groovy beat and colorful settings send viewers on a VIP journey to get a glimpse of what the glamorous life is like. Summers are when hopes and dreams are formed, so be sure to imagine yourself as the PSY celeb sings along fervently in this one!

Which of the PSY tracks is your summer jam? Let us know in the comments below!

Esme L. is a Moroccan Hallyu dreamer, writer and enthusiast.