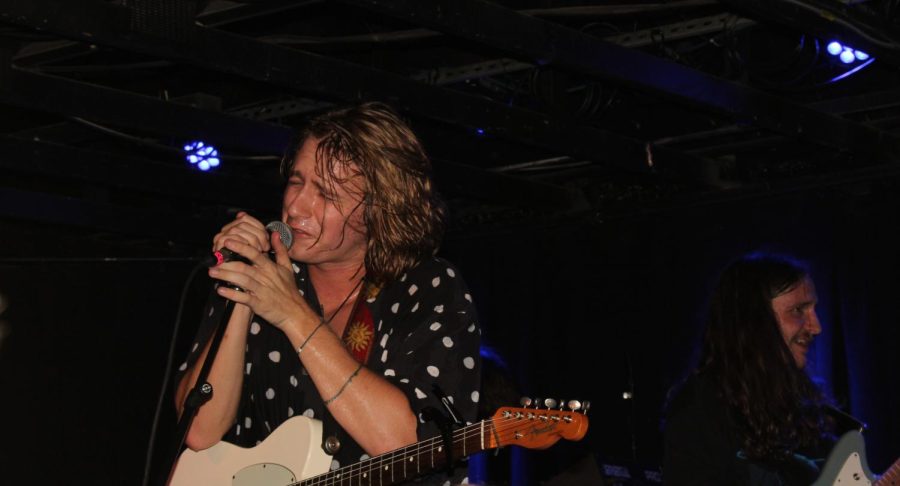 The group formed when Basse, Jarman and Duncan were in high school, Fountain and VonBalson were added later. Jarman said the band was named after the action of turning around, a move professional swimmers perform to get out of a pool wall more quickly.

Jarman swam competitively for most of his school years. According to Jarman, her parents actually suggested the name and they just went with it.

Asked about their influences, Basse enthused and replied, “Phoenix, Big Thief, early Coldplay, Vampire Weekend and MGMT are big.” All of these influences and more are included in Flipturn’s new album, “Shadowglow”, which hit streaming platforms on August 19th..

The band member’s ambitions for the near future were all similar, despite a few quips from Fountain, shouting “Play Red Rocks!” strong in answer to the question. Jarman responded that she wanted to “keep growing venues and selling shows, like this.” Duncan and Fountain agreed. Bass said, “In the next five years, I’d like to become a bit of a household name, just grow it.”

The band’s favorite songs to play live differ depending on who you talk to, but “Sad Disco” is the most popular of the five with a vote from Jarman, Bass and Fountain, while VonBalson’s favorite to play live is their song “Playground”.

Fountain and Basse explained their pre-show ritual to me before the end of our time together. According to Basse, Flipturn “played in Gainesville for three nights in a row, and it was raining every night. We obviously wanted to stop the rain so we stopped and thought of something or someone to pray to. And the first idea that came to my mind was Prince because of “Purple Rain”. So we prayed to Prince for the rain to stop and it worked, now we do it before every show. According to Fountain, “it’s like Prince watching over us.”