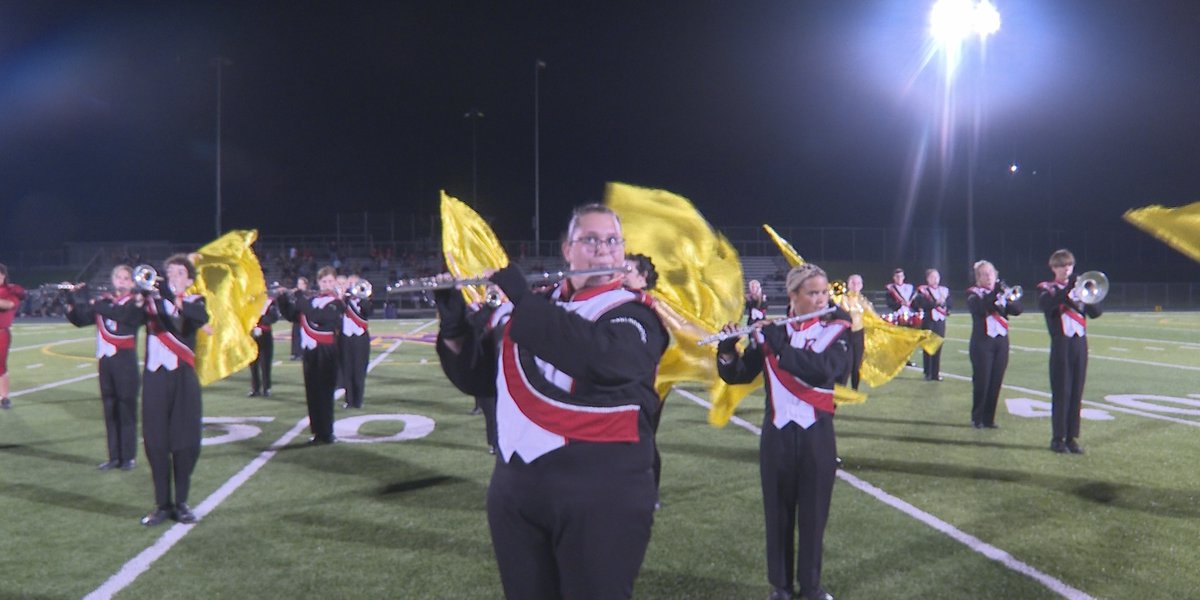 For this week’s Band of the Week, we turn to the Ravenswood Marching Band who put on a show that’s out of this world.

The Ravenswood Marching Band looks to build on the past year as it embarks on the adventure of a lifetime in space.

While most members have a year under their belt, seniors are excited for a new season with a few new tricks.

Ravenswood are coming back stronger after a large group of new members arrived last year.

Drum Major Emma Kidder notices the difference in everyone’s enthusiasm for the season.

Kidder said: “There’s a lot more passion this year. Everyone really wants to do good. They came not with an “oh, we were just here to be in the band”, but with a “we’re here to win first place” and everyone works, and they sound phenomenal so far in the season.

Last year’s group had a lot of new members.

Jandee said, “There’s like a 2:1 ratio of young kids and members who have paraded before. This year, they all have at least a year of experience, there are four or five members who are really new and they get along very well.

Even with the new members last year, lead trumpet and brass captain Karma Johnson is still noticing a lot of younger members this year.

Johnson said: “I’m really impressed we’ve come this far considering we have more seventh graders than usual. Our band is really young compared to most bands.

Besides better minds in the whole group and more experience all around, there are a few differences.

Drumline Captain Ethan Starcher and Johnson talk about new elements to the series.

Starcher said, “We have a dance break that we do, and we also have a pair of marching cymbals, which we haven’t had in a very long time.”

Johnson said, “This year we’re using a lot more electronic gear, like the sound effects that we use throughout our show. We really only did this once for another show. We also have a mellophone, which we haven’t had for a long time.

Jonah Carmichael is a senior in the group and says this year’s show will be brighter.

The band’s manager, Scott Tignor, turned to his elders for this year’s show.

Tignor said: “Our process is for our seniors to choose the show and choose the theme which we then develop from April. They come up with the theme they’re going to like, I write all the music and I do all the exercise. We use this creative process to allow students to have their voices heard during their final year. »

If you are interested in seeing this show, you can attend any football game or visit their Facebook page for information on the competitions they will be attending.