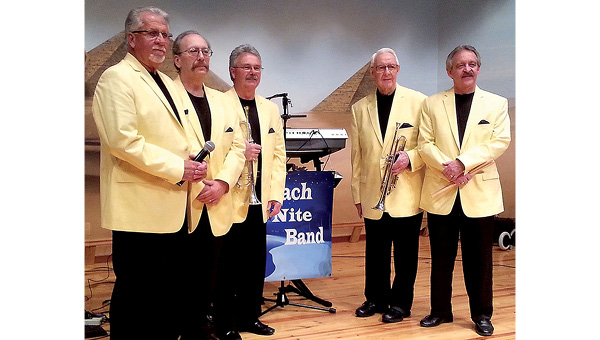 The free concerts offer a mix of the region’s top talent in a venue known for its friendly and welcoming atmosphere. Participants are encouraged to bring blankets or folding chairs to relax on the grassy hills, or move and dance whenever the mood takes you. The location offers easy access, free parking, concessions and a playground.

The popular Beach Nite Band returns to the lakeside of Winged Deer Park and performs Carolina beach music with soul, R&B, disco, blues, boogie and memorable oldies music. The group, which has been performing for several decades, is based in the western Virginia and southern West Virginia areas, and its members have previously played with doo-wop group The Collegians for more than 20 years.

Concerts will be held from 7-9 p.m. every Thursday through July 28 at the Goulding Amphitheater in Winged Deer Park, 199 Carroll Creek Road, Johnson City. There are two exceptions this year. The Johnson City Symphony Orchestra will perform at 6 p.m. on Sunday, September 11 at Winged Deer Park Festival Plaza, and there will be no concert on Thursday, June 30.

The Lakeside Concert Series is presented by The News & Neighbor, 101.5 WQUT Tri-Cities’ Classic Rock, the Washington County Sheriff’s Department and the Tennessee Department of Transportation.