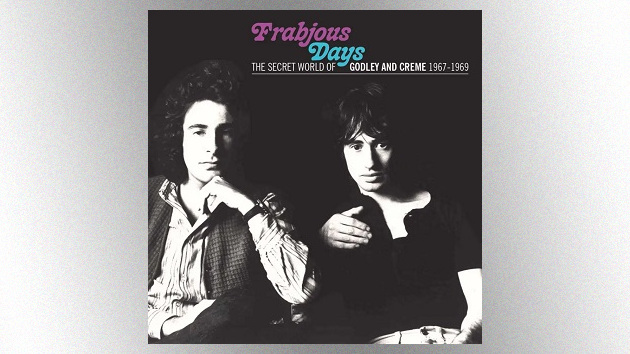 A collection of rare recordings of 10cc co-founders Kevin Godley and Lol Cream from the late 1960s will be released on June 10.

Frabjous Days – The Secret World of Godley & Creme 1967-1969 includes tracks the duo made under the name Frabjoy and Runcible Spoon for a planned 1969 album for the British music impresario Georgio Gomelskythe Marmalade label which never came out.

The compilation also includes a solo track from 1969 that Godley and Creme’s future 10cc bandmate Graham Gouldman recorded for Marmalade entitled “The Late Mr. Late”, and two previously unreleased songs written by Gouldman which the duo recorded in 1969 – “Hot Sun” and “Virgin Soldiers”.

Other tracks on the album include two songs from a January 1968 single that Godley and Cream released under the moniker The Yellow Bellows Room Boomand two previously unreleased tracks from an acetate recording from June 1968.

Frabjous Days comes with a 28-page booklet featuring a new essay, plus rare photos and memorabilia.

“These songs sound like they were written and recorded before we were born…and in a way, they were,” Godley says. “It’s the sound of two young art students having fun on the weekends, stringing chords and words together for the pure, explosive buzz of hearing what’s happening. There’s a thrill not to be knowing what you’re doing but still aiming high and that, I think, is exactly what’s going on in these recordings.”

You can pre-order Frabjous Days on CherryRed.co.uk.

Here is the full list of tracks from the album:

The group “Final Call” will perform in Huntington

Michael C. Hall’s Band Teams Up With The Armed On ‘Ketamine (ULTRAPOP REMIX)’