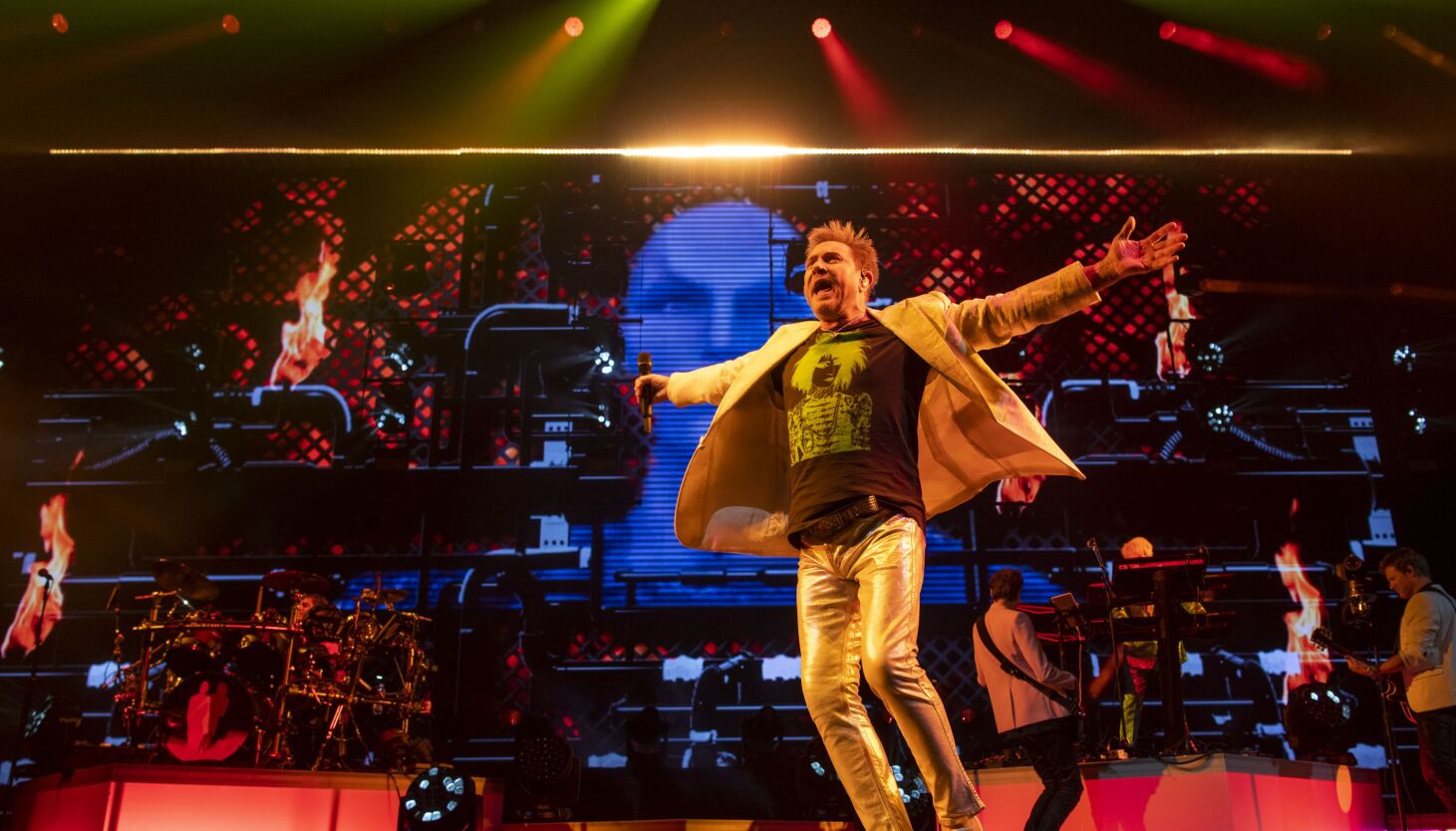 Duran Duran review: In Chicago, a passionate set shows the extent of the group

Someone might want to tell Duran Duran that he’s already landed a spot in the latest class of inductees into the Rock and Roll Hall of Fame. During their passionate, wildly fun and nostalgic antics on Saturday night at the United Center, the British synth-pop delights performed as if they were still in the running for the vote.

Chicago became the start of the North American tour after weather forced the cancellation of a scheduled appearance in Minnesota the night before, and their first US show since Simon Le Bon, Nick Rhodes, John Taylor, Roger Taylor (and former guitarist Andy Taylor) learned the news of their fate at Rock Hall, alongside Pat Benatar, Eminem, Dolly Parton and Lionel Richie.

The Rock Hall Foundation hailed them as “new wave underdogs who became video stars,” and the pop stars’ reputation preceded them in the best possible way on Saturday night, exceeding expectations as they roamed their discography in a calculated way to show the breadth of their body of work.

From the earliest tracks – the punk undertones of “Careless Memories”, the electro-pop wonder “Planet Earth” and the first dance hit “Girls on Film” (with shutter sound effects), all from their debut album self-titled from 1981 – to their final material from the 2021 album “Future Past”, the show became a musical documentary about a 40-year career with few duds. A retro video edit during “Hold Back the Rain” brought this effect home.

The band set the tone early with opener “The Wild Boys,” a tongue-in-cheek statement to clarify that, although older and perhaps even wiser musicians, they’re still up for an epic dance party. The nearly sold-out crowd heeded and buzzed through the nearly two-hour marathon, the smiles suggesting fond memories in their heads. At one point, leader Le Bon stretched out his arms and closed his eyes, breathing in everything.

Dressed in their best “Miami Vice” suit jackets and metallic leather skinny pants, the Duran Duran rockers are still a beacon of ’80s glamor while aging beautifully with the times. Although they’ve survived some things — the era of MTV airing music videos, Teen Beat centerfolds, and ridiculously feathery hair — they’re still pushing the needle forward and fitting in nicely into the new generation of synth-pop darlings.

The name of Duran Duran’s latest album, “Future Past”, is a great way to put it – a nod to the formative years while taking big leaps forward. On this one, the band team up with modern muses like Tove Lo and Japanese band Chai while tinkering with euro disco master Giorgio Moroder. Launching into many of the album’s tracks like “Invisible,” “Gave It All Up,” “Tonight United,” and Duran Duran’s doo-wop “Anniversary,” the lines were blurred in their own timeline, the band continuing to produce peak pop. melodies.

The early masters of video production brought a set full of ambient footage throughout the night, but ran out of other theaters. But that only emphasized the best moments of each member of the group. Except for a few raspy parts, Le Bon’s vocals were flawless, drummer Roger Taylor and bassist John Taylor held a steady rhythmic front, and Nick “the keyboard god” Rhodes (Le Bon’s words) was in a ultra-sharp shape. Guitarist Dominic Brown (the band’s last for a decade after a rotating cast) added to the chemistry, with meandering solos that gave extra panache. But it was the addition of talented saxophonist Simon Willescroft and backing vocalists Rachael O’Connor and Anna Ross (who provided harmonies on “Come Undone”) that bolstered the live set.

“It feels like a Saturday night at the local with all your best friends,” Le Bon said at one point, after roaring reactions to the band’s biggest hits “Hungry Like the Wolf,” “The Reflex,” and Closer.” Rio” (the tour celebrates the 40th anniversary of this single).

Yet he also dwelt on the real world that happens outside the arena, asking anyone having fun to take a moment to “have a thought for our brothers and sisters in Ukraine”. Le Bon dedicated a moving rendition of “Ordinary World” to those caught in the crosshairs of war as the blue and yellow flag overlapped images on video screens. “We have to support them…and bring them through this so they know the rest of the world is on their side.”

Nile Rodgers & Chic were the special guests who opened the evening with a perfect disco burst on “Le Freak”, “Good Times” and “Let’s Dance”, which Rodgers wrote with David Bowie. The musical impresario has also often collaborated with Duran Duran, his appearance only adding to the festive mood of the night.

A view to kill

hold back the rain

Girls in the Movies / Acceptable in the 80s