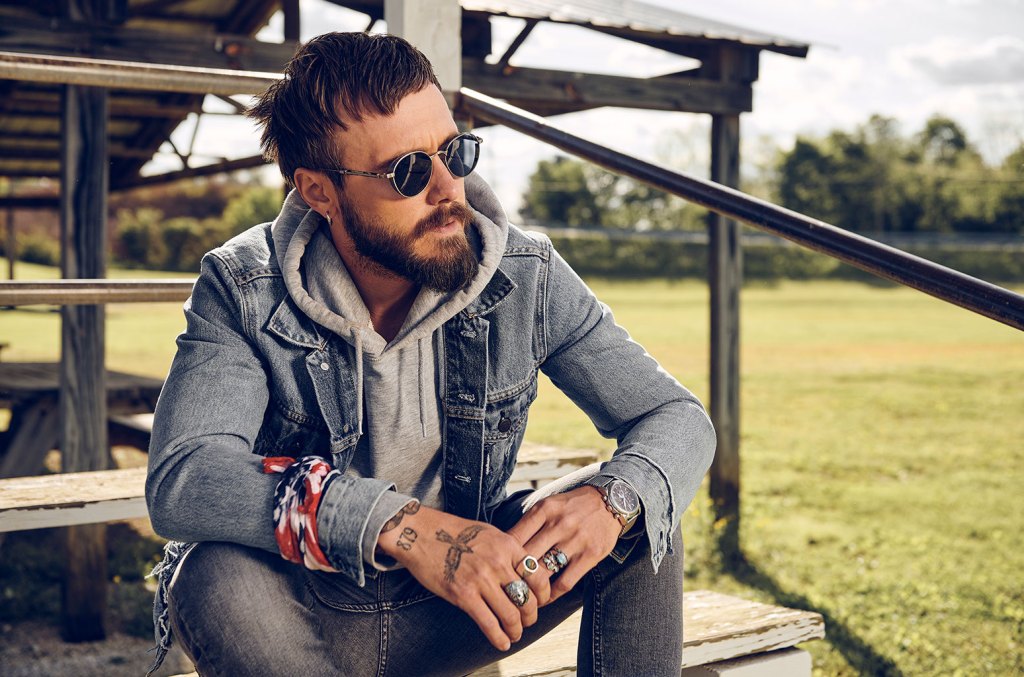 Elvie Shane topped the Country Airplay charts with its debut single, “My Boy,” a life-inspired parenting ballad that revealed the singer as a soulmate.

With his second live radio release — “County Roads,” released by Wheelhouse to broadcasters via PlayMPE on January 19 — Shane takes the opposite sonic route, serving up a sing-along anthem with heavy metal roots. It may be the rockiest single released by a major country artist since by Jason Aldean “She’s Country” (#1, 2009) and Eric Church’s “The Outsiders” (No. 6, Hot Country Songs, 2013).

Shane knows he’s pushing the boundaries of the format – and he’s not apologizing. “That’s what you have to do,” he reasons. “If we keep doing the same thing, everything will stay the same.”

Despite its stark difference in tone from “My Boy”, “County Roads” is also drawn from Shane’s personal story. He grew up in the sticks of Grayson County, Kentucky, driving a school bus on a rural road and driving a series of Mustangs on high-speed one-lane back roads.

“He’s by far the biggest hick I’ve ever known,” says songwriter Dan sofa (“Something About a Truck”, “She’s Mine”). “I went back to the house where he grew up, and I saw him with my own eyes, and I was around his father. It’s like something out of a movie.

The biographical plot, however, was not the starting line of “County Roads”. It was an explosion of sound – a ‘monstrosity of noise’, as Shane calls it – courtesy of the producer/songwriter Oscar-Charles (Boy Named Banjo, Jackson Michelson), who held a songwriting session in his garage studio on the west side of Nashville in 2019. Charles ran a Gibson ES-335 electric guitar through a distortion pedal and a chorus pedal, and after a bit of noodles, has released a series of block chords that the ultimate-guitar.com tabbed site labels “absolute beginner”.

“They’re like a lot of people’s first chords,” Charles says. “You can play a ton of stuff with it.”

The progression generated a physical reaction from all three writers, so Charles created a loop they could play on a loop. They played with these chords for maybe two hours, struggling to find a hook or script that worked. Shane turned to his past.

“We had tossed around a bunch of ideas and just weren’t getting anywhere,” Shane recalls. “I was like, ‘Man, why don’t we just tell the truth?’ I was just talking, like, ‘I got a public education but it ain’t from the class / It’s from a long drive home with a bus in the back.’ And I was like, ‘That same kind of rhyme. Let’s just write that.

The writers eventually integrated sexual and/or relationship lessons into every section of the song, with automotive elements in each of those pieces, even though the title wasn’t even clear for a moment. Finally, Shane suggested “County Roads” as a name, though he didn’t even know why. “Dan Couch came into the kitchen,” Shane recalled, “and went back into the studio and just sang the whole chorus. And I was like, ‘Well, that’s gonna work.’ “

These first words were done in half an hour, but since it had taken so long to start, they postponed it for another time. Shane went on a melodic tangent in the following days, but when he shared his ideas with Couch and Charles before the next date, they talked him out of it. In the meantime, Shane has watched two coming-of-age films – american graffiti and Dazed and confused – and he decided to focus on this kind of ideal by completing “County Roads”.

Shane kicked off verse two with a line inspired by his father’s trucking business – “This key in my hands has certainly put a key in my plans” – which he had tried, unsuccessfully, to insert into several other songs. And when it came to the bridge, Shane wanted a gnarly modern rock guitar line to serve as the base, although it took work to communicate that.

“He was trying to get me to understand how he was landing it,” Charles recalled. “The pocket of this one is so weird, and he kept singing it to me, and I was hearing the downbeat somewhere different. So I started too early or too late.

Before this second writing date was complete, Shane recorded a scratch vocal for the demo, and he instinctively launched into a “nah, nah, nah” vocal hook during the second chorus. It became an enduring part of “County Roads”. They changed the key signature when they recorded the song at Southern Ground in Nashville with a studio band of guitarists. Tom Bukovac and Rob McNelleybass player Steve Mackiedrummer Fred Eltringham and keyboard player Matt Nolen.

Mackie improved the sensitivity of the power chords, playing roots and fifths in verse two, and Bukovac increased the wildness of the fundamental guitar chords, using a Boss chorus pedal and moving the attack of those chords down. upbeat rhythm leading to each bar. It’s a classic rock approach, used in TO KISS’ “I’m calling Dr. Love”, Thin Lizzy AC/DC’s “The Boys Are Back In Town” and “Highway To Hell”.

“Oscar and Elvie work so, so well together, and they pushed each other so hard, trying to get something cool,” Couch says. “They really wanted to make a record that would stand out and not be right in the middle.” Later, Shane delivered an energetic vocal to Charles’ studio and doubled down on the chorus, singing the part in unison to give him the power.

“Then he did the harmonies, which are super high,” Charles says. “When he nailed the harmonies, I was pretty impressed, man. And all that vocals are out of tune at all, so that’s kind of where you get that extra looseness and wildness and energy from.

The “nah nah nah” parts were given special treatment. They returned to Kentucky and recorded the Grayson County High School Choir. They only had two headphones available for the band, so most of the approximately 30 singers performed a cappella, relying on the two singers with cans and the director to guide them. Shane did a second version with a larger group of students, although they used the 30-voice version in the finals to avoid the complexity of the paperwork.

Shane and BMG Nashville President of Recorded Music Jon Loba both agreed that the rock “County Roads” should be Wheelhouse’s second single, providing a textured counterbalance to “My Boy”.

That last song being a hit “gave us the freedom to do whatever we wanted after that,” Shane says. “We had ‘My Boy’ and now we have ‘County Roads.’ Those two songs don’t really go together, but they were both part of who I am.