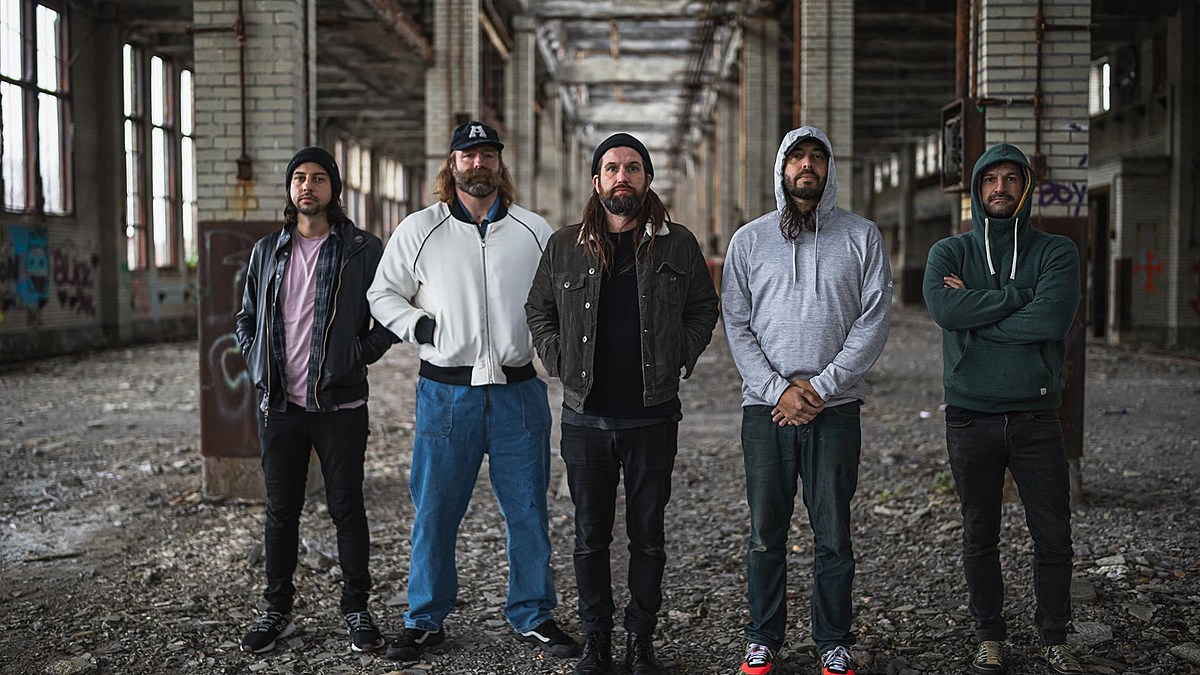 Every Time I Die, RIP – a transcendent, pioneering and cathartic band until the very end

Monday night brought the heartbreaking news that Every Time I Die have broken up after 23 years as a band. This is news that naturally shocked and saddened the punk, metal and hardcore communities for multiple reasons. It’s only been three months since ETID released their ninth album. Radical, one of the best of their career, and the band was only a month away from the start of a long North American tour with Underoath. It also comes a month after tensions between frontman Keith Buckley and the rest of the band became public, but the band appeared to resolve their issues in time to headline their annual holiday mini-festival ‘Tid the Season, which was, by all accounts, as great as the band had ever been. These days, a band forming and breaking up like that, especially with their career at an all-time high, almost never happens. Breakups are usually announced in advance and preceded by farewell tours (assuming no scandal is involved), unannounced in the middle of an active period for the band, ending all projects future. And above all, Every Time I Die seemed like a band that would last forever. Until news of the band’s internal tension surfaced in December, founding members Keith Buckley, Jordan Buckley (his brother) and Andy Williams kept the band going for over two decades, and bassist Stephen Micciche was there almost all the time too. . A handful of other bassists and drummers (most recently Clayton “Goose” Holyoak, formerly of Norma Jean and Fear Before the March of Flames) joined them along the way, but the hard core stayed together longer than most. their peers and never went very long without an album or a tour.

Every Time I Die not only stayed together for so long, they also continued to write great music, grow with their fans, attract new fans, and inspire new generations along the way. Every Time I Die helped define the metalcore boom of the early 2000s with their 2003 second album Damn hot!, and their influence and impact did not stop there. Later albums like those from 2005 gutter phenomenon and 2007 The big dirty brought a more melodic southern rock influence and attracted a new group of fans outside the hardcore and metalcore scenes, and as the mainstream lost interest in this style of music, ETID released an equally solid series of albums from the 2010s that kept longtime fans. on their toes and won over young listeners who missed the mark on Damn hot!. As a new wave of metalcore began to emerge in the late 2010s, ETID positioned themselves not only as ancestors of younger bands, but also as collaborators, with Keith Buckley singing on modern Knocked monuments. Loose and SeeYouSpaceCowboy. ETID’s reach also went far beyond metalcore, as evidenced by the multi-genre lineups of ‘Tid the Season (which featured Against Me!, The Get Up Kids, Ghostface Killah, Circa Survive, Ice T, Poison the Well, Cave In, Snapcase, Turnstile, PUP, and more) and their array of other collaborations, which not only included members of hardcore/metalcore bands like Deadguy, The Dillinger Escape Plan, Glassjaw, Coalesce, and The Chariot, but also members of Manchester Orchestra, The Hymne au gaz, panic! to Disco, Fall Out Boy and My Chemical Romance. By the time Every Time I Die released their ninth and now final album Radical, they were more than a group. They were an institution.

ETID’s impact can also be measured in part by the tributes that poured in after the breakup was announced. Underoath, who they were preparing to tour with, said, “They’re leaving a hole in the music that just won’t be filled.” Three time drummer Riley Breckenridge called them “one of the best bands to ever do this.” Several bands, including Get off the trails, The Insensitive Daoboys, and fall fifty feet, said they would not exist without the influence of ETID. And just looking at the outpouring of tributes on social media from fans, it’s clear that this is a band that touched so many lives and continued to do so until the very end. We’ve seen countless bands last a few years and quit right after releasing a soon-to-be-classic album, and we’ve seen even more bands burn out over time, but it’s not very often that we see a band go strong for over two decades and crash to one of their highest peaks.

Whether or not Radical is considered ETID’s finest album, which may very well be, at least it is their most ambitious and mature. With 16 songs in over 51 minutes, it incorporates everything from ETID’s fiercest hardcore to their most gorgeous melodies, and Keith’s lyrical content touches on everything from family tragedy to systemic racism in a way that leaves you hanging on every word. ETID’s split may have been a shock to the world, but tension must have been building within the band long before the public caught wind of it, which makes me wonder if ETID felt that Radical would be their swan song, and if knowing that it inspired them went away with a bang. Keith’s lyrics often seem open to interpretation, but given the band’s fate, it’s hard not to wonder if a song like “Hostile Architecture” has anything to do with the band’s impending breakup (“I look at all I like and all I can think of losing my mind”, “A real ‘party’ is in the atmosphere/You can’t go home but you can’t stay here”, “You don’t just hate to hear it?”), or whether any of the group’s tensions spilled over into “All This and War” (“That was perfect, just embrace the cold,” “All my story, that’s ‘is a shame”, “It ends when I say it ends / Yeah, and then we go to war, that’s just who we are”). Speaking of “Post-Boredom” for Apple Music, Keith said: “I wrote this about what would happen if I died and was reborn. If I had another chance at life, what would I do differently? What would I do the same?” Even though this quote has nothing to do with Every Time I Die, it’s only fitting that feelings of death and rebirth loom large on the signature track from the band’s latest album.

As messy as the band’s breakup was, the story of Every Time I Die has – in some ways – a neat ending. They exited after releasing an album that took their songwriting and reputation to a new level. Their last shows were at their own big homecoming party, surrounded by friends, collaborators and die-hard fans. We will always wonder what might have happened next if they had continued, but at least we will also remember them for having an impeccable discography, for always moving forward and for always playing every show as if it could to be their last, even when it was. Every Time I Die leaves behind a legacy that spans generations and genres; they innovated at every turn, they opened doors for so many musicians and music fans, and they were true originals that transcended entirely the scene you could try to group them with. And more importantly than all of that, their music really resonated with so many people. They’re important and influential, but even if macro-level “significance” and “influence” don’t matter to you, you can connect with ETID’s songs on a personal level. Though they blazed new trails and innovated, they never lost sight of the reason people gravitate towards music in the first place: human connection.

Some videos and more tributes below…

Kraak & Smaak show us the headlines from their setlist