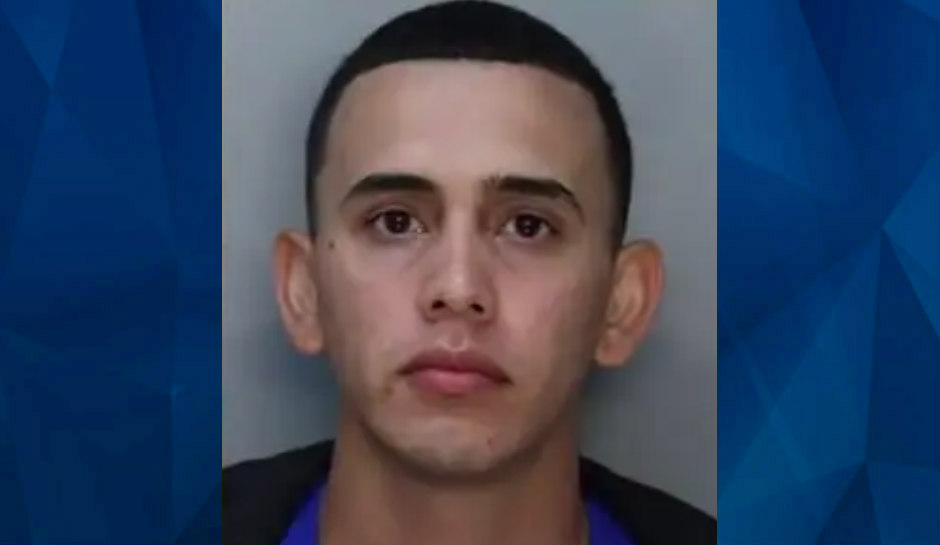 A Florida police officer is accused of harassing his former girlfriend and placing a tracking device on her vehicle, WPLG-TV reports.

Javier Magarin, 27, allegedly admitted placing an Apple AirTag on the woman’s vehicle hours after the woman broke up with him in March and moved out of the house they shared together.

The victim told investigators she would receive text messages from Magarin telling her he knew where she was or asking her about her whereabouts. Sometimes he would just show up without warning, according to the TV station.

The victim noticed a faint beep as she approached the car, which alerted her to the presence of the tracking device.

Magarin later admitted in a text message to using an AirTag to track the woman. Authorities found an AirTag device concealed with tape attached to the frame of the woman’s vehicle, according to WPLG-TV.

The officer, who joined the Miami-Dade Police Department last year, has been relieved of duty with pay pending the outcome of an investigation, WSVN-TV reports. Magarin faces criminal charges of harassment and unlawful use of tracking devices and is currently under house arrest.

“It is disheartening to learn that one of my officers was involved in an off-duty domestic incident that led to his arrest,” Perez told WPLG-TV in a written statement.

“His actions are not aligned with our core values ​​of integrity, respect, service and fairness. The arrest of any police officer weighs heavily on our profession and the community we are sworn to protect.

On Wednesday, WPLG-TV traveled to a Miami address associated with Magarin. A man who said he was the officer’s father told the TV station his son had done nothing wrong.

Attorney Stuart Kaplan, who is also a former FBI agent, said the use of tracking devices “happens more often than not,” according to CBS Miami.

Kaplan said there is a particular concern when the devices are abused by police officers.

“When you’re talking about a sworn law enforcement officer, there’s a sense of disappointment because there’s kind of a betrayal of the trust that the public wants to have,” Kaplan told CBS News.

AirTags are coin-sized devices that use Bluetooth technology; they were designed to help users locate lost items such as keys and wallets. But the products have also been used to unintentionally track people and vehicles, including by stalkers and those who intended to harm others.

As CrimeOnline recently reported, an Indiana woman allegedly killed her boyfriend after following him with an AirTag to a bar where he was drinking with another woman.

Apple has employed measures to prevent unauthorized or unwanted tracking.

For the latest true crime and justice news, subscribe to the “Crime Stories with Nancy Grace” podcast.

Join Nancy Grace for her new online video series designed to help you protect what you love most: your children.