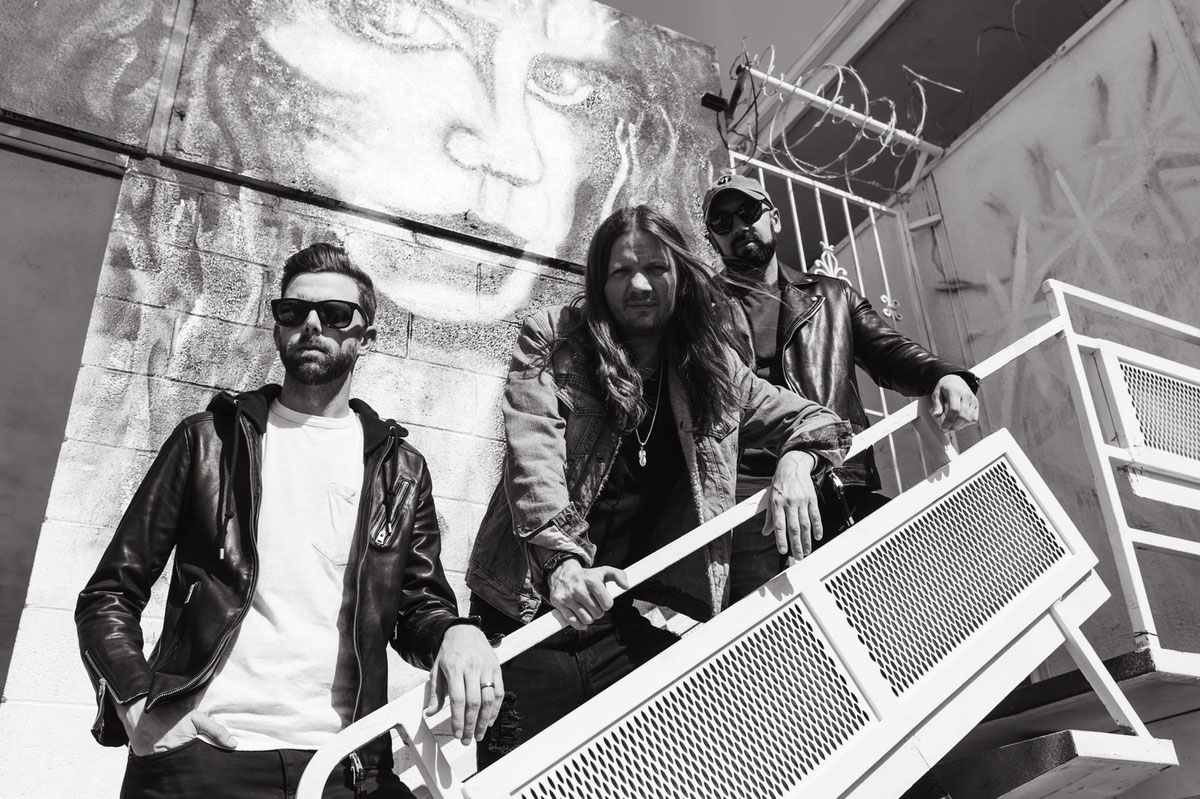 If you were somehow connected to the local emo and pop-punk scene of the early 2000s, you surely remember The Higher.

The former Las Vegas band, originally made up of Tom Oakes (guitar), Jason Centeno (bass), James Mattison (guitar), Pat Harter (drums) and Seth Trotter (vocals), have signed with the independent label LA Fiddler Records in 2002. Trotter, then 17, had to ask his mother to kick him out of high school just to embark on the band’s first tour.

The Higher releases three albums and hits the road with Panic! At the Disco, Motion City Soundtrack, Taking Back Sunday and others over the years. They sold out shows. They toured Japan. And after releasing an album, It’s only naturalin 2009, they went on indefinite hiatus.

“Eight or nine years after shooting the same thing and playing with the same age group of kids, we got to a point where we were all a bit exhausted and took some time off,” says Trotter, adding that the band also took note of how the pop-punk genre was doing. “These kinds of bands weren’t really on tour back then. So we were like, I think we’re all gonna do our own thing.

During the pandemic, he stayed in touch with his bandmates and found that many had started revisiting the music. “We had talked about how we all wrote songs,” he says. “And Tom had sent in some demos that he had written for his band and was like, ‘That would be great for The Higher. Maybe we should collaborate.

The band joined Oakes at a California studio with producer Rafa Alvarez, and they recorded what Trotter says he thought was just a “fun project” to cure their boredom. Before they knew it, they had revived The Higher.

The band – minus Oakes and Harter – tested the waters, playing a few gigs that ended up ‘we getting to say, let’s get back out there and see if the kids still enjoy the old foggy music and want to hear some of the new stuff. ,” says Trotter.

After years of using MySpace and Facebook, the band have jumped onto other social media platforms to promote new singles “Free Ride” and “Elvis in Wonderland”, the latter also the title of a new arriving EP. October 14.

“On Spotify, each of these singles now has over 100,000 views. ‘Free Ride’ is almost over the 200,000 mark,” Trotter says. “It’s crazy. For us, being gone for eight to 10 years, not making new music and not staying active with old fans was shocking.

Longtime listeners turned nostalgic will hear Higher on “Free Ride.” It’s a brilliant re-entry into the pop-punk genre, with lively drum work and a memorable hook. Meanwhile, “‘Elvis in Wonderland’ is more of the new sound,” Trotter says. “Oddly enough, even though we’re all much more driven by R&B these days, it’s one of the rockiest songs The Higher has ever released.”

It’s a bawdy single, similar to 2007’s “Insurance,” about going way too hard in Vegas. In the music video, a mischievous Elvis – whom the group found on Craigslist – stumbles along Fremont East with a big boy beer and snaps photos with tourists. At the end of the song, he is slumped against the wall, drunk. “‘Elvis in Wonderland’ really means what Vegas is all about,” says Trotter. “It’s glitz and glamor in a wonderland you can easily get lost in.”

And Trotter acknowledges that The Higher also spent his time in Wonderland. But these days, “we are humble.”

Click on HERE to subscribe for free to Weekly Fix, the digital edition of the Las Vegas Weekly! Stay up to date with the latest Las Vegas concerts, shows, restaurants, bars and more, delivered straight to your inbox!