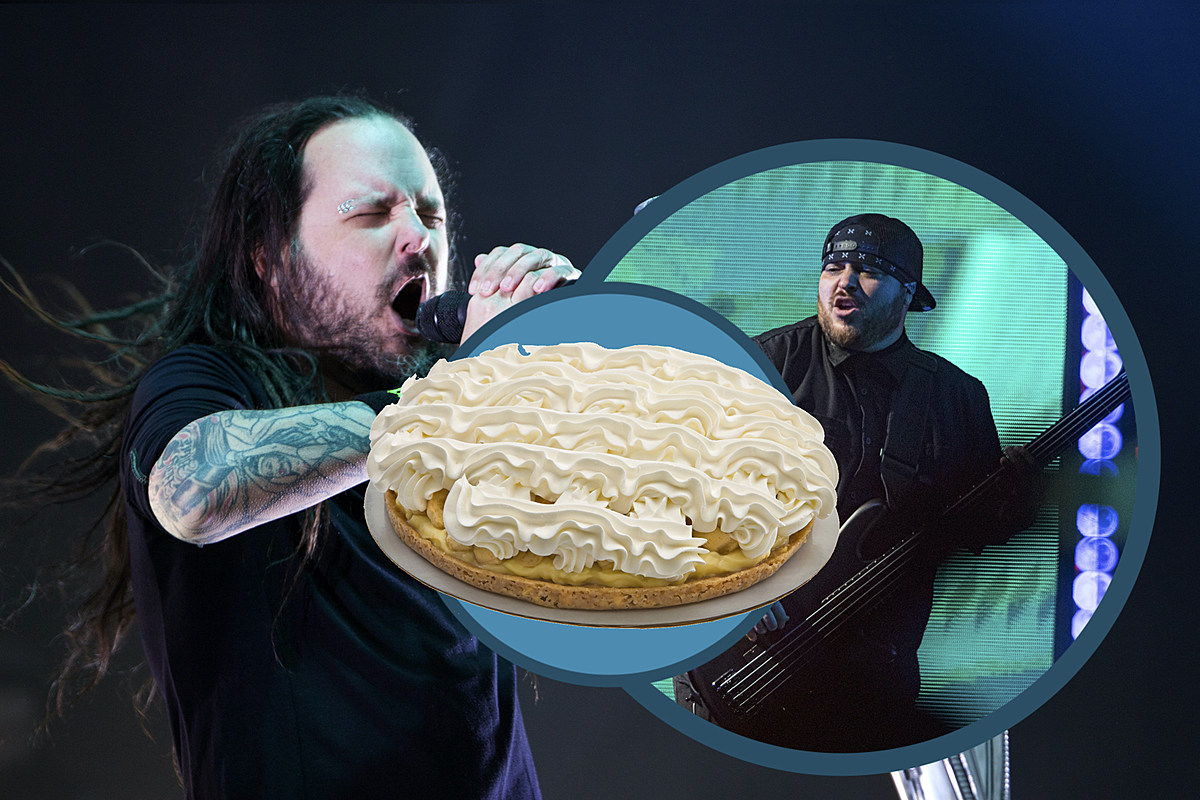 Suicidal Tendencies bassist Roberto “Ra” Díaz currently replaces Korn’s Reginald “Fieldy” Arvizu on the road with the alt-metal defenders led by Jonathan Davis. So when Díaz turned 38 on Tuesday, March 15, Korn celebrated by “piecing” him in the face with a birthday cake onstage at the Giant Center in Hershey, Pennsylvania.

“BEST BIRTHDAY EVER!” Diaz thereafter said on social media, though he’s covered in cake in an accompanying photo. He thanked Korn, their crew and the band’s current touring mates Chevelle and Code Orange for “making this old man feel so special”.

At the bottom of this article, view footage from the anniversary celebration courtesy of Díaz and a viewer.

According to Wikipediapie or a “pie attack” is “the act of throwing a pie at a person. In pie, the goal is usually to humiliate the victim while avoiding injury. … Pie is traditionally of the cream variety without an upper crust, and is rarely, if ever, a hot pie.”

But there was no embarrassment on Díaz’s side with that pie. Clearly, Korn’s pie attack was a fun show of camaraderie meant to thank the musician.

Korn’s 14th album Requiem appeared last month, backed by singles “Begin the Healing”, “Lost in Greatness”, and “Forgotten”. See their remaining dates with Chevelle and Code Orange below. Korn is heading to Europe for more shows this spring. Get concert tickets here.

In addition to his ongoing work with Suicidal Tendencies, Díaz frequently contributes metal collaborations with members of Anthrax, FEVER 333 and Testament. See the video of Díaz’s first concert with Korn last year by clicking here.

Rock and metal can intertwine with pop music (and pop culture) in fascinating ways, including the many confusing yet thrilling rock mashups that often blend heavy artists with songs that aren’t usually heavy.