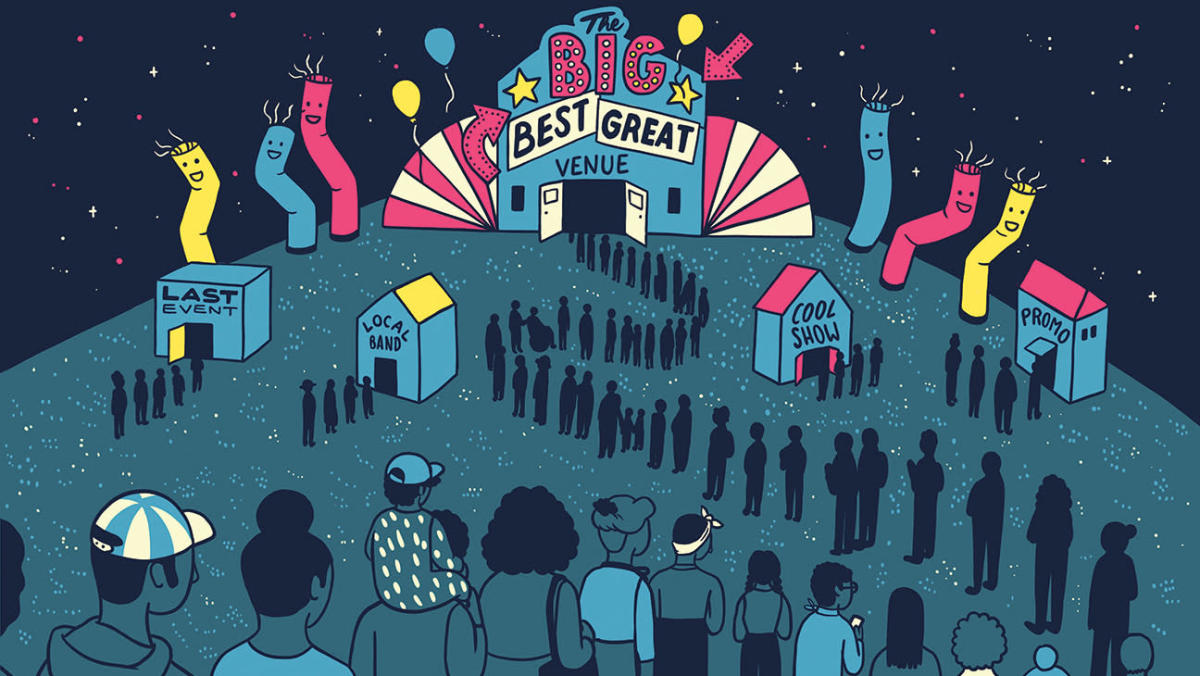 Live concerts are back, but smaller venues face a longer road to recovery

As summer approaches, entertainment giants Live Nation and MSG Entertainment have painted a rosy picture of the live events industry, with forecasts of years of record growth. As bookings surge at gig spaces across the United States, smaller venues are recovering from the impact of the omicron variant, and owners say audiences seem to be wary of returning. There is also the pressure of staff shortages and the rising cost of goods and labor, as well as the lingering question of whether the acts will appear.

At First Avenue, which owns and operates multiple music clubs in Minneapolis, there’s buzz around the “incredible” number of artists on the road, due to rescheduled concerts and the delayed return of live events, CEO says Dayna Frank. It’s prime time to catch a concert, but, compared to the influx of patrons who returned to theaters in July 2021, after COVID-19 vaccines became available, it’s been more of a fillet recently.

More from The Hollywood Reporter

“It’s a tough situation, because on the one hand we’re all happy and celebrating and we’re excited,” says Frank, who is also chairman of the board of the National Independent Venue Association, “but on the other apart, there is so much more to do, and the pain is very real. It is not recovered, we are far from it.

Consumer confidence took a hit at venues after waves of COVID in the fall and winter, with First Avenue citing January as the worst month in company history due to the number of show cancellations. Now things are better. But while many shows are technically selling out, venue owners say no-show rates, in which a customer buys a ticket but doesn’t attend, remain higher than in 2019.

At Troubadour in West Hollywood, owner Christine Karayan estimates attendance is still down 15 to 30 percent due to no customers. The venue is about 50% to 60% recovered from the pandemic, she says, in terms of revenue and employee retention. No-shows impact smaller venues as there are fewer people to buy drinks, food, or merchandise.

Revolution Hall and Mississippi Studios, music venues in Portland, Oregon, are seeing 10% no-show rates, which owner Jim Brunberg calls a “thrill” compared to rates in previous months. The reasons for not attending vary by customer, but Brunberg speculates that some of them can be attributed to customers testing positive for COVID or being hesitant to go to a crowded indoor venue. Demand to play in venues is high, averaging around seven takes, or requests for bands to perform, per night, says Brunberg.

But venues are also seeing regular band cancellations as members of touring crews contract COVID. Even a canceled or postponed gig means no staff will be working that night and the venue can’t make any money. “A lot of things make it difficult to run a small business in this country right now, but especially a small business that requires people to be in close quarters, enjoying each other’s company,” notes Brunberg.

Overall, Revolution Hall and Mississippi Studios are operating at around 60% of what they were in 2019, in terms of monthly gross revenue.

To reach this point, many independent venues have relied on grants for gatehouse operators of up to $10 million from the federal government. That money has helped venues reopen, rehire staff, improve building security, and even weather some of the recent waves of COVID. However, the grant money, which must be used by June 30, cannot help businesses weather the unexpected length of the pandemic, says Reverend Moose, executive director of NIVA. Without the subsidies, the company’s low profit margins leave independent venues vulnerable to new twists that could lead to canceled shows.

Several venue owners mentioned the stress of now being at the center of political debates over vaccination and masking requirements – these vary by state and location, but can also be defined by the implementing act . “It’s so hard to be able to compare what’s happening now to what happened before the shutdown, because the pieces just move differently,” adds Moose.

These businesses have better profit margins and more diverse offerings than cash-strapped businesses in independent locations. Still, overall attendance has not returned to normal, as Live Nation reported about 11 million fans in the first quarter, down from 15 million in the first quarter of 2019, which executives attributed to a lower expected concert count. .

Some independent venues are also seeing signs of hope. City Winery, a music and comedy venue in Manhattan, accounts for about 80% of its pre-pandemic revenue, says Grace Blake, director of programming and fellow NIVA. The venue relied on an SVOG grant to weather the pandemic and was able to fill slots with local artists and comedians when touring bands were canceled due to COVID in December and January.

The older population has also been slower to return here, and the no-show rate has stabilized at 10% to 15%. But Blake is heartened that the rate hasn’t increased and customers are still showing up, even during the current wave of COVID in New York. “Our downfall is not what we expected,” Blake said. “I think people are just ready to hear live music.”

This story first appeared in the June 1 issue of The Hollywood Reporter magazine. Click here to subscribe.

8 Chaotic PSY Tracks to Light Up Your Summer