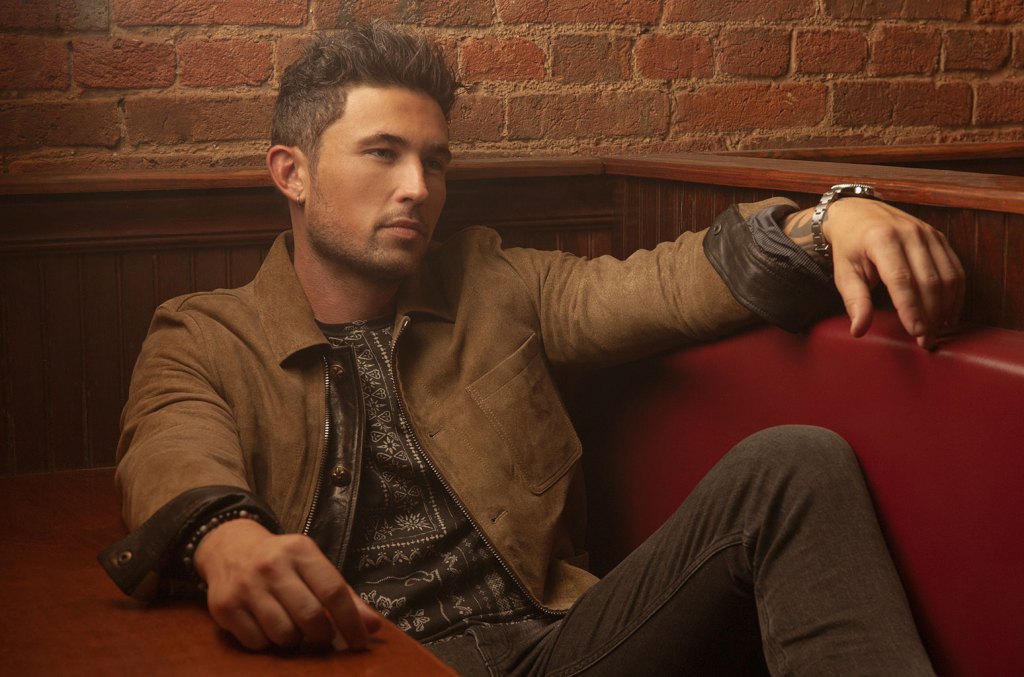 When the video for Michael Ray’s “Holy Water” debuts on March 16, some footage will take viewers to Cassia Baptist Church – a small white house of worship in Eustis, Florida that the singer attended three times a year. week during his youth. .

The goal of the preacher on many Sundays is to draw the line between good and evil, although in practice it is not always so easy. This gray area in between is fertile ground for drama, and it’s a big reason Ray recorded “Holy Water” in the first place.

“That’s what I love about the story,” he says. “It’s like a movie in your ears.”

A short film, though: The typical film is around two hours long, while the action in “Holy Water” takes place in just three and a half minutes, exploring a cloth man leading a double life. He’s either a hero with a dark secret or a criminal trying to do penance, though Ray considers him sympathetic either way. “I think he’s a good guy who moonshines and does dark stuff, but pays it back,” he suggests.

Understanding the minister was a headache even for the four songwriters – Ashley Gorley (“You should probably leave”, “Sand in My Boots”), Ben Johnson (“Beers on Me”, “One of Them Girls” ), Hunter Phelps (“Thinking ‘Bout You”, “Cold Beer Calling My Name”) and HARDY (“Come Back As a Country Boy”, “Give Heaven Some Hell”) – at the end of an informal camp of two days at Gorley’s Nashville -home to the area on June 10, 2020. They had already written several tracks and wanted to challenge themselves in their last ditch effort with an old-school story song.

The most enduring history songs often revolve around good and evil – as in Charlie Daniels Band’s ‘The Legend of Wooley Swamp’, Reba McEntire’s ‘The Night the Lights Went Out in Georgia’, ‘Ol’ Red’ by Blake Shelton or Garth Brooks. “The Thunder Rolls”, to name a few.

Earlier in the day, the guys had gone kayaking on a nearby river, and that obliquely led to a prospective title, “Holy Water.” Gorley suggested they back that title up with a Reverend operating an illegal still, and it prompted a surge from the crew, who saw the preacher as a Walter White/Breaking Bad character: an unlikely participant in a smuggling network. “It just sounded like the most absurd mix of ingredients to start a song,” Johnson says with a laugh, “but it was honestly one of the most fun songs I’ve ever been on.”

Johnson had developed a swampy acoustic guitar riff, using the lower range of the instrument in a minor scale, and it fit the mood perfectly. Not knowing where the plot might lead, they wrote verse one first, featuring a church in Mississippi with a preacher shaking hands at the front door with members of the congregation. “With those kinds of songs, you pretty much have to write them in order,” HARDY explains. “I feel like an idea might come out – like in the bridge, ‘Let’s Kill a Guy,’ or whatever – but for the most part, story songs are better if you write them in order.”

They stuffed that first verse with internal rhymes — “man standing, shaking hands” and “loved his congregation, but he was running an operation” — that set a standard for the day’s work. They would need to match that level of poetry in the rest of “Holy Water”.

Having established the parallel hustle and bustle of the preacher, it naturally followed that he would want to benefit from all the extra money he earned. HARDY suggested the pastor buy an expensive Lincoln Continental at the start of verse two, and that moment sets the song’s tension in motion. “In breaking Bad, he buys a new car that’s beyond his means, and that’s when people start catching him,” Phelps notes. “So every time he bought the Lincoln in the song was when the deacons kind of took over, like, ‘How the hell did he get that new Lincoln?’ ”

At the end of that stanza, they finally introduced the chorus: a high-powered anthemic section that offers a bird’s-eye view of the Southeast moonshine industry, encased in a unique descending melody – or, as the calls Gorley, a “yellow”. “That’s where there’s a melody, but there’s a powerful little scream,” he explains. “It’s any chorus that’s half screaming, half singing.”

At the end of verse three, the parking lot has two more Lincolns, and before the end of verse four, the church also gets new stained glass and a new set of pews. These economic developments make the distinction between good and evil even grayer. “What makes the song so intriguing is that you’re not really sure of its motivations,” Johnson says. “He puts the money back in the church, and so I think that almost makes him a redneck vigilante.”

Adding to the song’s intrigue, they wrapped “Holy Water” with a reference to a biblical passage, John 2:1-11. This is a homework assignment, or treasure hunt, for listeners who want to get it right. “If you care about it, if you really want to know, go get it,” HARDY insists.

Johnson built up the demo as the writing session progressed, and HARDY sang lead when the song was complete. His debut album was already recorded, so instead of keeping “Holy Water” to itself, they released it somewhere else. Tape Room Music GM Blain Rhodes originally sent it to Warner Music Nashville (WMN) Executive Vice President/A&R Creative Advisor Scott Hendricks for Blake Shelton. Ultimately, it ended up in Ray’s hands. He changed the reference from Mississippi to his own home state of Florida, and producer Ross Copperman (Brett Eldredge, Dierks Bentley) lowered the key, making “Holy Water” a bit darker.

“Michael has such a beautiful low register,” notes Copperman. “I really wanted to shine the spotlight on that.”

Drummer Fred Eltringham played extra drama through the toms as they cut the song via Zoom, while guitarist Rob McNelley created a spooky effect with a buzzing background sound and shrill solo. When it was almost done, Copperman and Ray asked Jenee Fleenor to add searing fiddle at the same time she overdubbed “Whiskey and Rain”. “Jenee’s fiddle took the song to new heights,” says Copperman.

Ray realized the word count in “Holy Water” when he cut the final vocal outside a closet at the home of his road manager, Luke Reynolds. “We just set up a little makeshift studio in the front bedroom and front closet of his house and did what we had to do,” says Ray.

WMN sent the song to country radio via PlayMPE on February 22. Its swamp sound provides stations with a record that promises to set them apart. “That kind of song is missing, and I think that’s really what identifies country music,” notes Gorley. “You can’t write that song for Justin Bieber, so it definitely sets it apart, genre-wise, when those kinds of songs play on the radio.”

“Collectively, everyone had the same opinion,” acknowledges Ray. “It’s been a long time since we had something like this.”