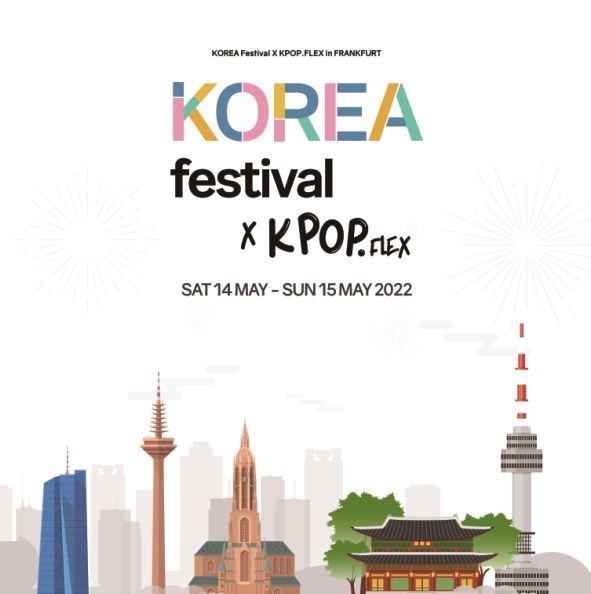 As the world seeks to transition from pandemic to endemic, a series of festivals and live concerts will take place offline in Korea and beyond to entertain those weary of the pandemic.

The Korea Tourism Organization (KTO) and the Consulate General of the Republic of Korea in Frankfurt, Germany, plan to hold the Korean Festival at Deutsche Bank Park Stadium in Frankfurt on May 14-15 (local time). It will be the biggest Korean cultural festival to take place in Europe since the start of the COVID-19 outbreak and is expected to attract some 80,000 people.

The event will be held in conjunction with “KPOP.FLEX”, a K-pop concert featuring some of the most famous K-pop groups like Exo’s Kai, Mamamoo, NCT Dream, (G)I-DLE, Monsta X and IV. Local broadcaster SBS will organize the concert in cooperation with its partners, including Germany-based PK Events.

The Korea Festival will also feature a hanbok fashion show, a b-boy performance as well as a K-pop dance competition where four dance teams will compete to win plane tickets to Korea. Dozens of provincial governments in Korea and travel agencies will promote their travel products, while food companies plan to give visitors a taste of popular Korean dishes like fried chicken.

“Thanks to many factors – such as the meteoric rise of over-the-top (OTT) platforms – Korean content exports have grown by an average of 18.7% per year over the past five years,” said a KTO official. “Through our upcoming event, we will attract more overseas people who love Korean culture to visit Korea.”

Beautiful Mint Life, a well-known independent music festival, is also held from May 13 to 15 at Olympic Park in southeast Seoul. For this year’s event, 22 talented artists including N.Flying, Seodo Band, Daybreak, Lucy and Peppertones will take the stage.

“Beautiful Mint Life was originally only scheduled to last two days this year, but we have decided to add an extra day due to high demand,” event organizer Mint Paper said in a statement, adding that 7,000 people would come to the festival. each day.

The Seoul Jazz Festival is also set to take place May 27-29 at Olympic Park. Tickets for the festival, which will feature A-list stars like Alec Benjamin, AKMU, Epik High and Honne, sold out in less than two minutes, according to its organizer Private Curve.

On June 18, the Korea Entertainment Producers’ Association (KEPA) is set to hold Dream Concert at Jamsil Arena in southeast Seoul. The names of the headliners have been kept under wraps, but given that this is one of the biggest annual K-pop concerts in Korea, a host of big-name singers are expected to appear. Last year, NCT Dream, aespa, Brave Girls and Itzy were among the performers.

“We will do our best to bring memorable performances to K-pop fans around the world, who have been looking forward to Dream Concert for a long time,” KEPA Chairman Lim Baek-woon said. “We also hope that our event can contribute to the revitalization of the entertainment industry.”

No Wednesday Nite Live concerts at Stamford in 2022