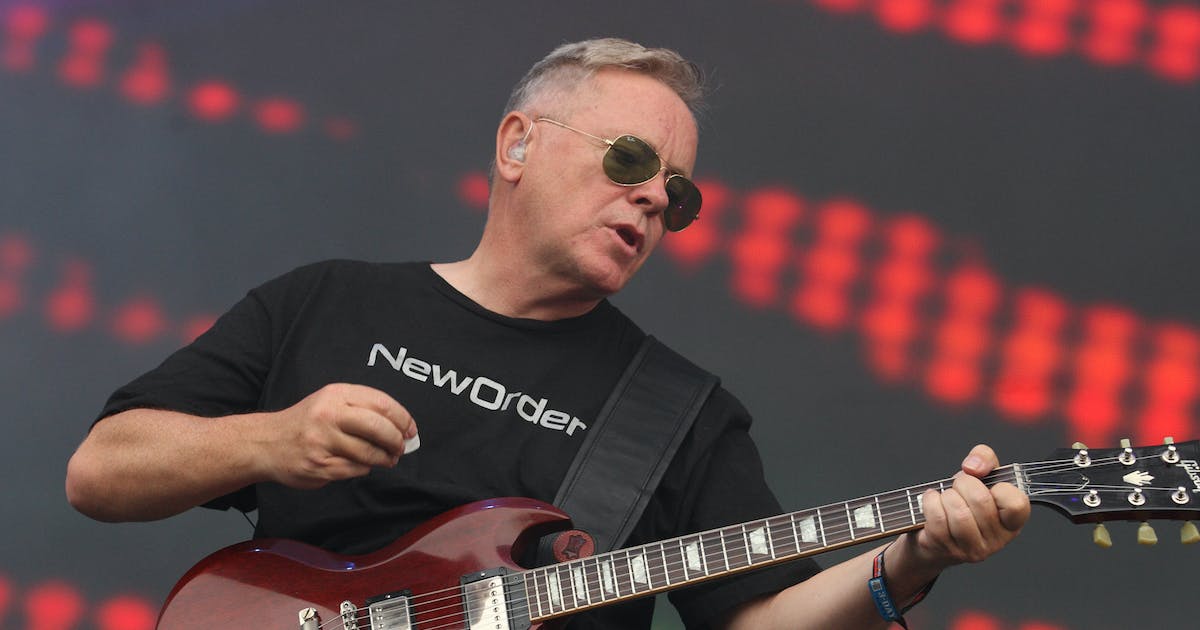 Well, we sent the Minnesota Vikings across the pond to play the New Orleans Saints on Sunday, and they gave London a dramatic football game.

What have Tennant and the lineup of veteran British musicians done for Minneapolis in return? They delivered a satisfying nostalgic and invigorating evening of 1980s British dance music at a venue known for featuring contemporary electronic dance music numbers.

On their Unity tour, Pet Shop Boys and New Order each play 90 minutes and take turns as headliners, with Oakenfold as opener and intermission DJ.

As always, Tennant and keyboardist partner Chris Lowe were delightfully arty purveyors of their dance-pop music. Their presentation had visual themes, whether it was the two of them performing under separate lamp posts or their series of black and white outfits. Once a video screen was raised, the other three musicians of the duo were revealed, accompanied by constantly moving video images on different screens.

Never known for his dynamic stage presence, Tennant, 68, a reserved former music journalist, enlivened his reverb-boosted voice with arm and hand gestures. But the music of The Pet Shop Boys is all about catchy melodies and relentless beats that seduce you into a sense of unfettered freedom.

PSB’s biggest hit, 1984’s “West End Girls,” was marred by a distorted bass played by Lowe on keyboards. But there was no arguing with two tracks from 1987 — the explosive, swirling “It’s a Sin” and “Heart,” which turned into a banger — and 2019’s “Dreamland,” a darker change of pace. .

Closing out the four-hour program at the Armory, New Order has offered post-punk dance-rock throughout its career, including two tracks from Joy Division, the band from which it emerged after the 1980 suicide of frontman Ian Curtis.

On Sunday, New Order singer/guitarist Bernard Sumner, 66, looked like a bespectacled accountant donning a t-shirt, jeans and sneakers for his weekend hobby band. Plus, his dad’s dance moves might have made his kids cringe. But New Order’s music had a crowd of over 40 dancing to the driving disco-rock, complete with strobes, lasers, beat-synced lights and a barrage of cool video images.

Oakenfold, a famous DJ and remixer, partied with a medley of hits from Rihanna and Technotronic as well as club gems from Acraze and DJ Dai, though he did manage to spin “When Doves Cry” by Prince twice in a row before continuing with Purple One’s “Kiss” as the finale.