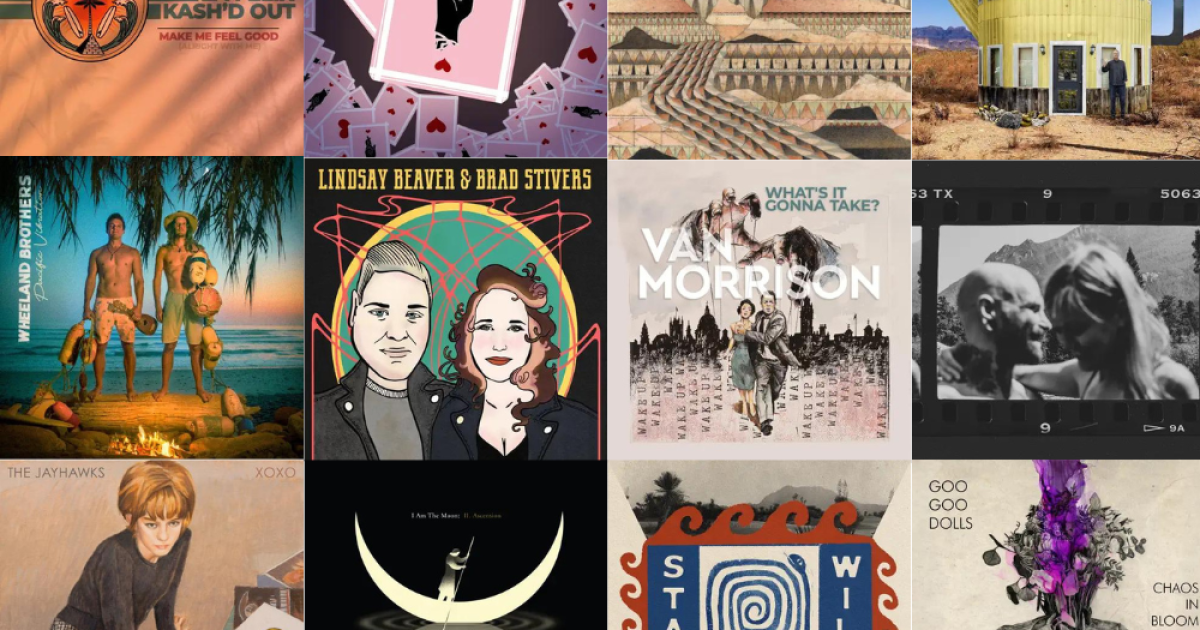 9 am – Do Me Good – Todd Carey, La Felix, Kash’d Out
Todd Carey is an American singer-songwriter and record producer. He is known for his 2016 hit song “Nintendo”. It’s a feel-good, light and breezy song for a summer morning.

10 a.m. – Hearts – Wyatt Pike
Park City’s Wyatt Pike has been living, writing and recording new music in Los Angeles, California since moving there last September to pursue his music career. Her second album is due later this year and it will feature this single on it.

11:00 am – It’s so hard to hold on – Trampled by turtles
Trampled By Turtles was right in our area with a show Wednesday night at the Sandy Amphitheater. When asked about the name of the band in an interview, Dave Carol, the banjo player explained “We were trying to avoid at all costs, a name that sounded like a bluegrass band.” They thought Trampled By Turtles was more like a slow, unlikely accident

2 p.m. – Song in the Sun – Wheeland Brothers
This is a song for your lazy summer soundtrack. The Wheeland Brothers are two brothers from Southern California who grew up in Orange County surfing and jamming around bonfires on the beach. They combine fun, catchy melodies and lyrics with the cool attitude and positive energy of reggae, and the down-to-earth, organic honesty of acoustic rock, ukulele lullabies and flip flop hip hop.

3:00 p.m. – One Condition – Lindsay Beaver
Blues rock and soul vocal drummer, composer and bandleader Lindsay Beaver sings from the depths of her soul. She delivers blues, R&B, and old school rock ‘n’ roll with punk rock energy, and sings with a voice brimming with attitude and soul.

5 p.m. – Alone with you – Satsang
Montana folk group, Satsang, is all about reconnecting. On their latest music, frontman Drew McManus reconnects with his Montana roots, drawing inspiration from outlaw country, indie folk and dusty Americana as much as reggae and world music on which the group has built its name. Satsang will perform at Soundwell in Salt Lake City on September 15.

6 p.m. – Living in a bubble – The Jayhawks
The Jayhawks will perform 3 shows at the Egyptian Theater in Park City from July 21-23. The Jayhawks first emerged from Minneapolis in the mid-1980s, but didn’t really break through until 1992. They’ve been together for over 30 years, but on their latest album “XOXO,” they feel more together. than ever.

7 p.m. – Playing with my emotions – Tedeschi Trucks Band
These guys are a 12-piece band mixing driving rock, deep swamp and soul with bluesy slide guitar, B3 hammond organ, horns and soaring vocals. This single is the second album in their ambitious four-part venture: four albums with four corresponding films and 24 original songs released in successive months. The “I Am The Moon” project is inspired by a mythical Persian tale of star-crossed lovers and emotionally driven by the isolation and disconnection of the pandemic era,

8pm – Stay Wild – The Bones of JR Jones
Jonathon Robert Linaberry is the songwriter, storyteller, visual artist and solo band behind the name The Bones of JR Jones. He will perform in Salt Lake on Sunday night in the parking lot of The Commonwealth Room for the first night of the Grid City Music Fest.

9 p.m. – Yeah, I love you – The Goo Goo Dolls
The Goo Goo Dolls perform at the USANA Amphitheater on Tuesday, July 26. Their latest album, “Chaos in Bloom” is released on August 12. This is the first single from the new album.