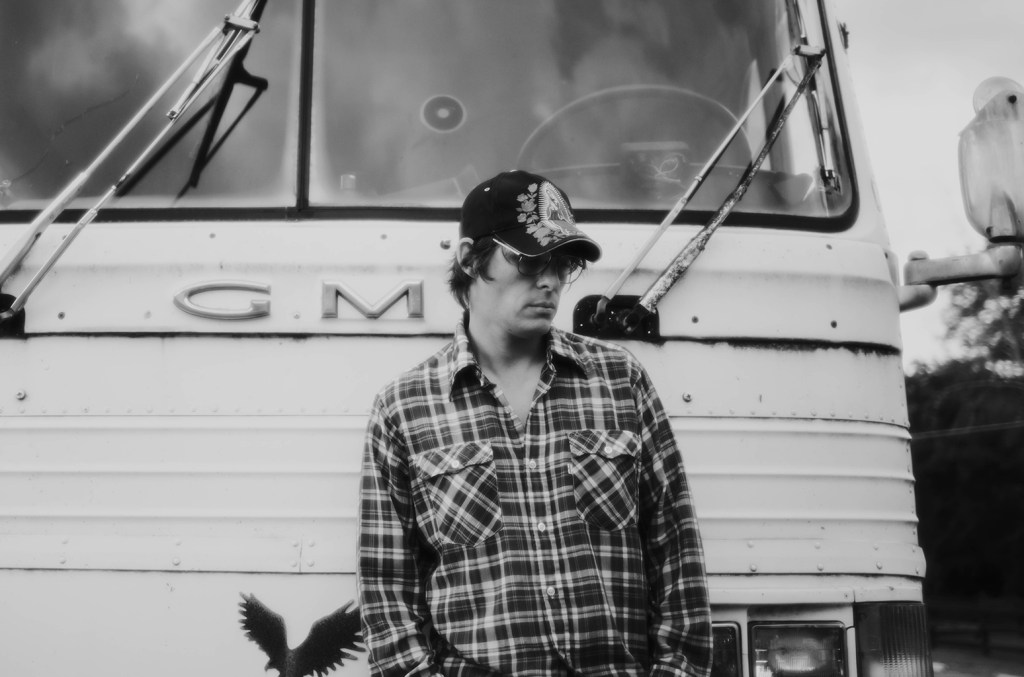 At the opening time of the 2019 PBS series Country Music: A Film by Ken BurnsDolly Parton offered an introduction to the use of the much maligned word “hillbilly”.

“If you’re an outsider…and you say it’s mountain music, because you don’t know any better, that’s almost like a racist remark,” she observed. “If we’re hillbillies, we’re proud of it. But you don’t have the right to say that if you don’t really know what you’re talking about.

Singer-songwriter Stephen Wilson Jr., who grew up in Seymour, Indiana, has enough credibility to use the word correctly. Or, to be more precise, enough credibility to split the word correctly. His song “billy,” released Sept. 16, centers on a hook that revels in his unsophisticated lifestyle choices: “You can call me billy, but the hills come with me.”

“The way hillbillies are generalized in mainstream media, they kind of lack intelligence, or they don’t think progressively,” Wilson says. “All the hillbillies I grew up with are actually very smart people; they just kind of chose a real simple life – and I kind of wanted to show the simplicity of that life without really taking sides.

But it’s a performance with its own sound: buzzing undercurrent, quasi-tribal drumming and fiery, futuristic lap steel with a touch of danger. The sound is, suggests Wilson, “Death Cab for country”.

Wilson developed “billy” in an inspirational half-hour in his Nashville kitchen on Nov. 29, 2021, the Monday after Thanksgiving. He had spent the holidays in Indiana, hanging out with his family and reconnecting with his roots. “I took a quick dip in the Hillbilly Pool when I got home,” he says. “Maybe writing that song took it away from me.”

The “You can call me billy” hook may have been a reaction to his brief stay in Indiana – he’s not quite sure how it happened – but he first developed the lyrics, beginning with a chorus that mixes subversive imagery (“Half-mud blood”), hillbilly traits (“I have a heavy Southern drawl”), insane acting (“Cannonball in the paddling pool “) and a little kindness (“Kind as the day is long”).

“It’s more of an observation of a way of life and all that goes with it,” Wilson says. “It felt empowering when I saw it. It kind of made you feel tough, but not with all the typical tough guy shit.

The first verse embraced the outward aspects of this lifestyle, akin to Hank Williams Jr.’s “A Country Boy Can Survive” with its references to skinning bucks and cleaning fish. The final verse—perhaps due to its post-Thanksgiving origins—served collard greens, cornbread, and “pig on the griddle.” Even a description of the conversation, “slow-spoken and deep-fried,” took on a foodie’s perspective.

When the words came to sonic life, Wilson created verse melodies with long held notes at the end of lines, strung over a static, tonic E chord. Juxtaposed against this frame, the chorus feels faster, with faster phrasing and a chord structure that launches into rare chromatic movement, rising a half-step into a passing chord that provides an energetic lift.

With its unique chorus, catchy melody and mysterious patchwork of imagery, “billy” caught the ear of Wilson’s wife, singer-songwriter Leigh Nash, formerly of the band Sixpence None the Richer. When they attended a Christmas party the following month, the musicians started sharing songs and Nash suggested they do “billy”. Host Caylee Hammack and Ashley McBryde responded enthusiastically, and Wilson thought he should tape it.

He first worked with his road band, with drummer Julian Dorio hitting jerky beats on the snare drum to carry much of the energy. Bassist Jon Murray anchored the chords under Wilson’s active acoustic guitar, and his brother, Scotty Murray, came up with a sneering lap steel part that enhances the song’s edgy quality.

“He plays it on a pedalboard, like a Jonny Greenwood meets Duane Allman, or Radiohead meets Paul Franklin,” Wilson suggests. “He’s a really good steel player, but he also adds a lot of cool, surreal effects.”

The band played “billy” several times at a spring gig with The Cadillac Three, then added it to the set on a later tour with Brothers Osborne. When producer Ben West heard “billy”, he wanted to skip other material already in progress to focus on the new song. Wilson’s acoustic guitar part and scratch vocals provided the background recording, and the other musicians worked around this at Farmland, a recording studio near Lipscomb University in Nashville.

“It’s a very modest studio, and you could walk past it and never know,” West says. “Jonny and Scotty, the brothers who play in his band, both live there. It’s really perfect. They stumble out of bed, put down their instruments, plug in and start recording.

They had already refined the arrangement so much that West’s main goal was to capture the best iteration of their performances. “When we started recording it, the drum parts were probably at 99%,” West says. “So my job at this point is just to make sure nobody overshadows the main character of the song, which is Stephen’s lyrics and his gut-string guitars. Everyone supports this character, but since they’re such big personalities, Julian could be the star of the show if you’re not careful, or Scotty on the pedal steel.

During live performances, the band developed a Lumineers-style “hey” in the chorus; West and Wilson recreated it in the studio, taking inspiration less from “Ho Hey” and more from “Don’t Come Around Here No More” by Tom Petty and the Heartbreakers.

“We just did like a fake gang-vocal thing with a little slap on it,” Wilson says. “Really, it’s more the Tom Petty approach of a ‘hey’.”

The self-produced “billy” is projected as one track among 22 possibilities for an album that is currently being purchased in Nashville. Meanwhile, it has become a highlight of Wilson’s live set, speaking directly to fans who share his underdog disposition.

“When I started playing it, I could see these mountain kids start singing it — like, they got hooked on it really quickly,” Wilson says. “And that means something to people, even if they don’t know if they can exactly put their finger on it.”

Ibibio Sound Machine are the coolest band ever, and they know it