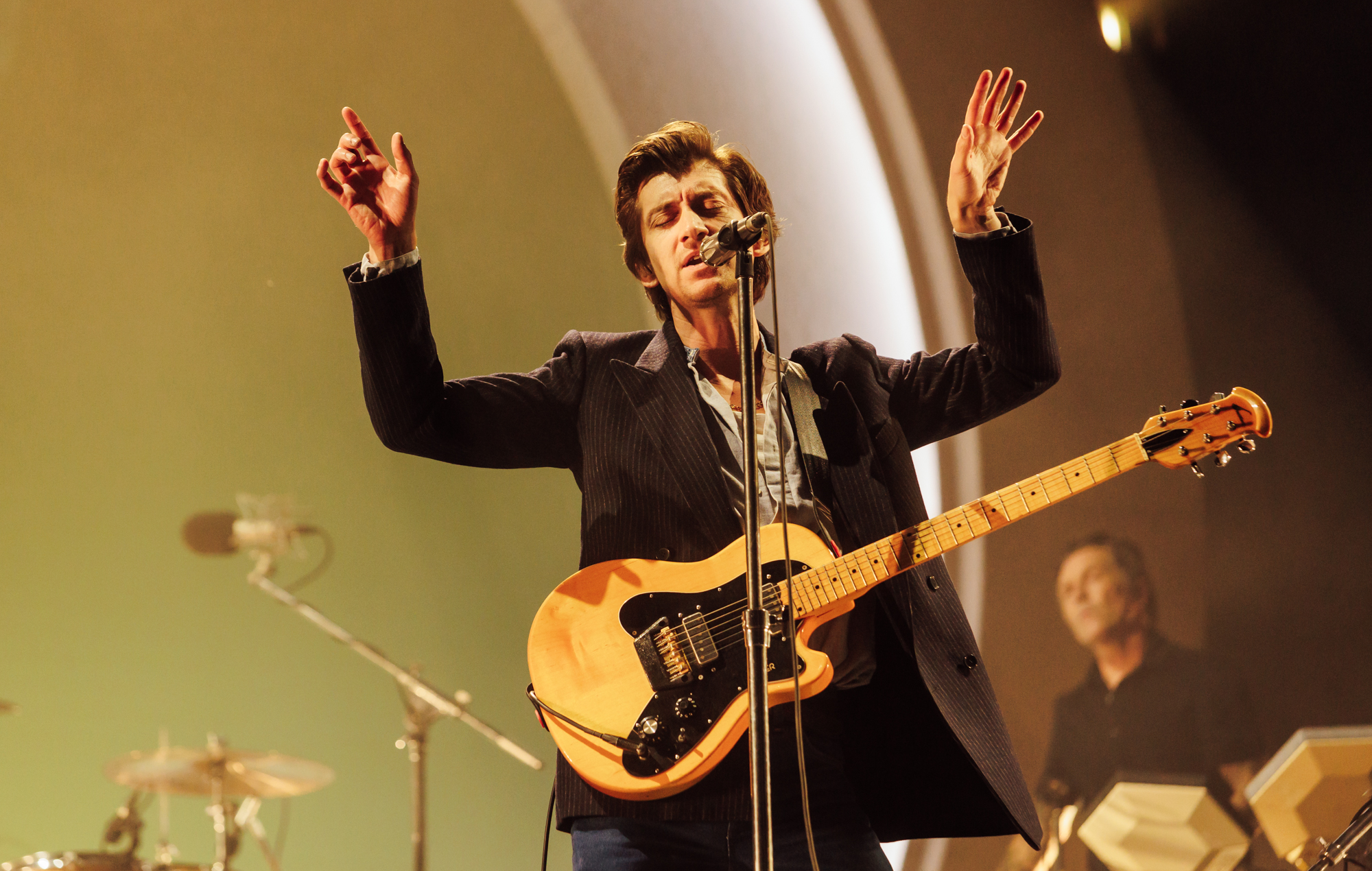 Something is in the air at Reading Festival tonight. No, not the pong rising from the mosh taps-aff pits, or the Nandos on the spot, but the smell that something seismic might be about to happen. No R+L headliner in recent memory has been able to evoke such anticipation as the Arctic Monkeys have for tonight’s show. This will be their first UK show in nearly four years, and their third time headlining. The band’s illustrious history with the festival doesn’t hurt either.

Even though they didn’t do much to fan the flames for this one, they just naturally catch on. They’ve played a string of small, intimate festival sets over the past month across Europe, until this weekend. Old songs were “mixed in-game” by Alex Turner and co, while new song “I’m Ain’t Quite Where I Think I Am” slipped into the setlist ahead of the recent announcement of the new “The Car” album. It’s understated and mysterious, but that’s nothing new to Steel City rockers.

This anticipation means that tonight’s set leaves a curious taste. When they were announced for both shows at the end of last year – they will close the Leeds Festival on Sunday – it was not unreasonable to assume that a new record would be released. It’s normal for Monkeys fans these days: guessing, theorizing what every choice and every decision means in the ultimate long game. Often this never materializes, but that’s half the thrill.

But it doesn’t do anyone a favor if you lose sight of what tonight’s show will end up being: a band still at the peak of their powers, kicking off and embarking on the next phase of their career. It’s not quite Nirvana in 1992, but it still stands out as one of the biggest and busiest sets at the festival in recent memory – a reminder of the band’s cross-generational reach.

This was felt vividly during “Do I Wanna Know?”, pound for pound, one of the greatest concert debuts of the 21st century. As drummer Matt Helders sets a slow pace and Turner’s hips begin to spin, the stage’s gargantuan side screens roll out to show a breathtaking sea of ​​people (and phones in the air). “Brianstorm” and “Crying Lightning” are similarly arousing in both scope and execution.

Pleasantly, they combine indie disco hits with deliciously deep cuts. Although it debuted elsewhere at shows earlier this summer, there’s room for ‘That’s Where You’re Wrong’, the glorious closing song of ‘Suck It and See’ and one of the best lyrical moments of Turner; the sordid ‘Potion Approaching’ nestles well with ‘Cornerstone’ and ‘Do Me A Favour’.

There are obstacles to overcome, beware. Only two songs are released from 2018’s “Tranquility Base Hotel & Casino,” a masterpiece that doesn’t always translate into major festival headlines. Turner channels sunglasses The Bono of the Fly era for the title track, and the fainting guitar solo of ‘One Point Perspective’ still sounds so dapper. The quiet sound from the main stage speakers often doesn’t do the band justice, despite the impeccable playing.

There’s hardly any crowd interaction – no guest twerking “hotties” on stage, a la Megan Thee Stallion last night – but the fuzzy ’70s feel of the set is charming and understated compared to the scene. sonic and visual assault on the senses elsewhere this weekend. When the faceplate drops ever so slightly during the cut of debut album “From The Ritz To The Rubble,” Turner sports a poopy grin as he sings his guitar solo. Perhaps he reflects on the band’s unprecedented journey from rambling Sheffield kids to the world’s biggest stages; maybe he’s just having a good time.

Newcomers to the group, especially those who arrived from TikTok’s huge and unlikely popularity, are also sated. Every second of ‘505’s strange slow build is captured on the audience’s vertical screens. Likewise with ‘I Bet You Look Good On The Dancefloor’ and ‘Arabella’, which ends with a nod to Black Sabbath’s ‘War Pigs’.

From this point on, the group is about to embark on its most intriguing period yet. With the shock of ‘Tranquility Base…’ subsiding, our only glimpse of this upcoming album is thrilling. “I Ain’t Quite Where I Think I Am” has undertones of “Young Americans”-era Bowie, a groovy beat and bassline, and is seasoned with shimmering guitar riffs: if that turns out representative of “The Car” as a whole is yet to be seen, but it looks like the road is now truly open for them to do whatever they see fit.

Whether Tonight ranks among the band’s definitive sets is up for debate; Yorkshire’s return to Leeds could yet take over. But here the band looks at home in the sweet-spot, one where both sung indie classics and more esoteric concoctions can co-exist in every setlist. After all, the band has always asked us to look beyond the hype and appreciate them for who they are in this moment: it’s just that they’re still the best in the game.

‘Do I want to know?’
‘Brianstorm’
‘Regain consciousness’
‘Crying Lightning’
‘Teddy Picker’
“That’s where you’re wrong”
“Potion Approaches”
‘The Afternoon View’
‘Corner stone’
“Pretty visitors”
‘Tranquility Base Hotel + Casino’
‘Why do you only call me when you’re stoned?’
“I’m not quite where I think I am”
“Do Me A Favor”
“From the Ritz to the Rubble”
“I bet you look good on the dancefloor”
‘Socks’
‘505’
“Unique Point of View”
‘Arabella’
‘Are you mine?’

Check back to NME here for the latest Reading & Leeds 2022 news, reviews, photos, interviews and more.

Titles of the week: Louis Culture, Prima Queen and more