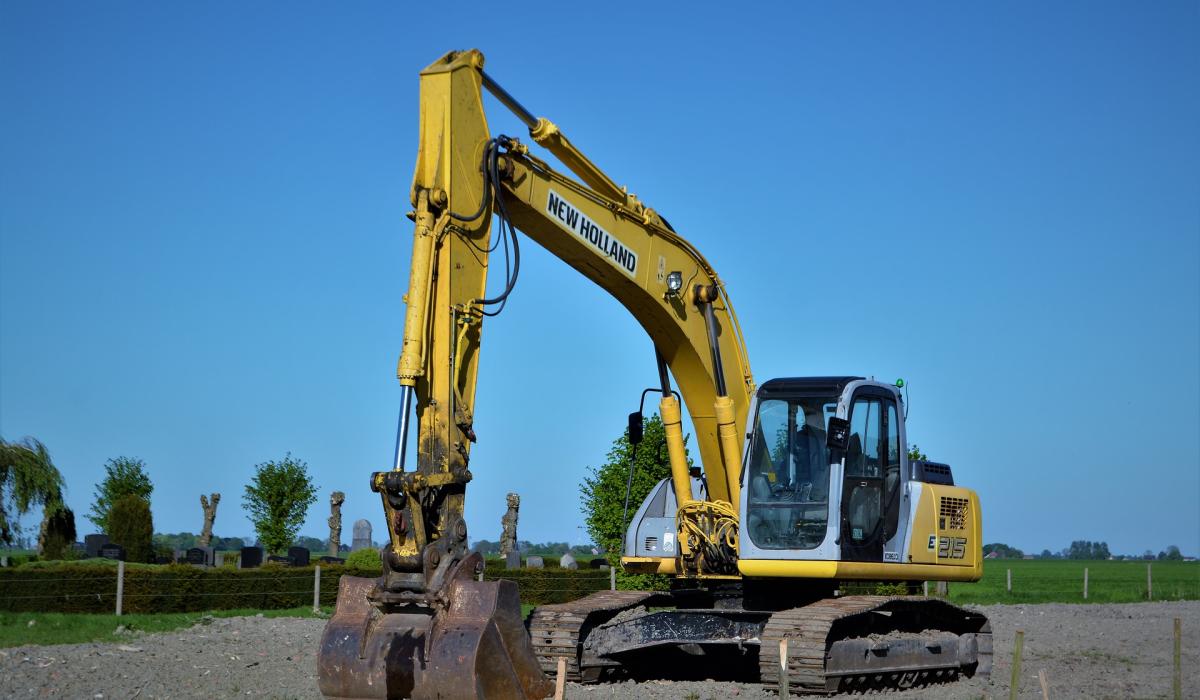 In an incident described as ‘extreme madness’, a man stole a £25,000 backhoe by driving it 3km to his home in the town of Longford at 3mph during the early morning hours before to attempt to hide her in her back garden, a court heard.

Gardaí spotted the yellow New Holland shovel from a property near Fergal Gannon (38), Ferafad, Longford, Co Longford after the carer left it at the back of his house after picking it up from a parking lot parking lot on Ardagh road just 48 hours before.

Mr Gannon’s own defense lawyer, Raymond Groarke BL, acknowledged that his client’s actions looked “bordering on the ridiculous” as investigators were also able to identify tracks along the road which indicated where the shovel had traveled.

Mr Gannon appeared at a session of Longford Circuit Criminal Court last week after pleading guilty to an incident which took place in Ferafad, Ardagh Road, Longford on an unknown date between January 15, 2021 and January 18, 2021.

State Solicitor Shane Geraghty BL said the excavator stolen by Mr Gannon was being used at the time by an Irish Water contractor.

Garda prosecutor Linda O’Connell said he was officially reported missing by his owner shortly after 9 a.m. on January 18, 2021.

The court heard the key to the shovel was with its owner, but when Mr Gannon gained access to it around 3.30am two days earlier, he told Gardaí he had found another key which had been used to start the machine.

A key piece in the prosecution case, it was revealed, centered on CCTV which came from a neighbor of the defendant.

This showed the digger in question being driven towards Mr. Gannon’s property before turning around seconds later at the rear of the accused’s residence.

Gardaí, the court heard, conducted house-to-house inquiries just hours after the incident with three detectives calling and speaking to Mr Gannon at his front door.

Mr Geraghty said the defendant lied to the three undercover officers by telling them he was at his girlfriend’s house in Edgeworthstown at the time the excavator was allegedly stolen.

Garda O’Connell said it was when gardaí were in a yard adjoining Mr Gannon’s that the excavator could be seen left in a hole and parked in front of a mound of dirt.

She said it was at this point that Mr Gannon came out and invited Gardaí back to his property.

A voluntary statement was taken from Mr. Gannon, who was arrested shortly after when officers discovered that the machine’s serial number matched that of the stolen excavator.

Mr Geraghty said in an interview that Mr Gannon had ‘fabricated a story’ to claim he had in fact been woken up by the sound of the dogs.

He told gardaí when he went to inspect what the commotion was he claimed to have seen a jeep with Northern Ireland license plates carrying a trailer and heard a “charging bang” when the jeep suddenly took off.

Citing excerpts from his interview with gardaí, Mr Geraghty said Mr Gannon had maintained that the excavator had been left in the middle of the road and, to “keep it safe”, had moved the tracked machine to the back of his house with a view to making it front. resumption of work on the site on Monday.

Mr Gannon said the reason the shovel was not returned was that he had spent most of the day in bed watching TV due to feeling unwell.

Garda O’Connell said the defendant insisted he was “doing a favour” by taking the excavator off the road.

“He said he was going to return it on Saturday morning, but no one was there and then he said he didn’t feel well on Monday, that’s why he didn’t come up,” she said.

The court heard that Mr Gannon was asked why he hadn’t gone to the Gardaí and had been honest, a question which led the defendant to say: ‘I know what it was like with my background and my knowledge of machinery.”

The court heard Mr Gannon had 12 previous convictions for theft and burglary.

Mr Groarke, acting for Mr Gannon, called his client’s behavior an act of “extreme insanity”. Judge Johnson, at the time, had the whole courtroom laughing when he questioned Mr Gannon’s decision-making.

“It’s fair to say he didn’t cover his tracks,” he said.

Mr. Groarke agreed, saying his client’s level of preparation left much to be desired.

“It wasn’t a high-end, high-speed getaway that involved a high level of planning,” he said.

The court was further told that the reason Mr Gannon was able to start the excavator was that the machine’s ignition was worn out, meaning any machine key could have been used to start his engine. moving.

Mr. Groarke went on to say that another motive for Mr. Gannon’s decision to steal the excavator was that the defendant had to fix sewage problems at his home.

Mr Groarke said Mr Gannon may not have been thinking clearly at the time and was “derailed” when his son was taken from him and placed in state care.

Highlighting Mr Gannon’s long history of substance abuse and his attempts to re-engage with psychiatric services, Mr Groarke said he was also a full-time carer for his brother.

“He is ashamed and embarrassed by his behavior and is acutely aware of the consequences of his actions,” Mr Groarke said.

Despite this, Mr Groarke asked the court to apply leniency and asked that his client be kept under the watchful eye of probation services in a bid to ‘keep him on the right track’.

Judge Johnson, in his summary, said the episode was an “attack on legitimate businesses” and only served to “undermine the trust on which rural society is built”.

Judge Johnson said he would seek a probationary report to determine Mr Gannon’s suitability for community service and an offer of compensation to be made.

If deemed appropriate, Judge Johnson told Mr Gannon he would face 240 hours of community service in lieu of a possible suspended sentence.

An offer of €1,500 to the Longford branch of the Irish Wheelchair Association was also deemed appropriate ahead of Mr Gannon’s scheduled reappearance in court on May 17, 2022.