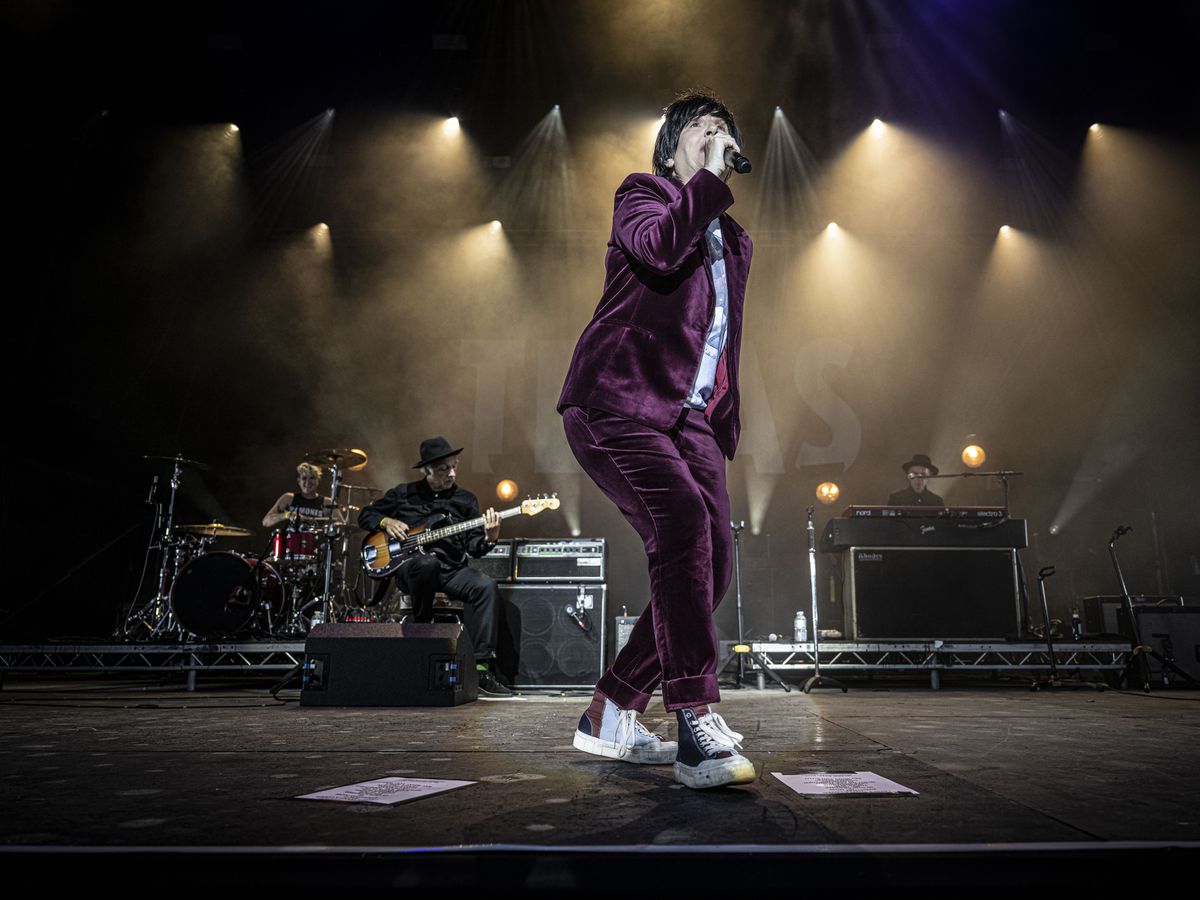 The natural bowl in the center of Cannock Chase Forest was the setting for the first of a four-day series of concerts as part of Forestry England’s ‘Forest Live’ concert series.

It was the first time the popular concert series could take place since 2019 and after two years missed due to Covid-19 restrictions, people came in droves to enjoy the live music and the unique setting.

The first night of Thursday June 9 saw a lively set from Eurovision superstar Sam Ryder before Scottish alternative rockers from Texas performed a set of their greatest hits to a large and grateful audience.

Texas last played Forest Live in 2011 and there were plenty of people in attendance who had specifically booked their tickets to see the Scottish band in action.

People set up camping chairs and brought packed lunches and drinks to make it an evening, lining up on either side of the control tower in the middle of the bowl.

Doug and Lorraine Haigh from Lichfield were among those who bought their tickets early to see Texas, Doug saying it was a perfect setting to see the band.

He said: “We’re here because we really wanted to see Texas because they’re a great band and vocalist Sharleen is so talented, and it’s nice to see Sam Ryder because he looks so happy and joyful.

“I’ve never been here before and I’m very impressed because the bowl is nice to sit in and it feels like you’re in a natural seat, and the view of the trees around the stage is also very beautiful.

“I’m also looking forward to trying the food and I think it’s been really good to get here and get tickets, so it’s a great event.”

Cannock’s Sarah Reece was also thrilled to see Texas, having been bought by her husband Mike, and said she had been preparing for 30 years.

She said: “I’ve waited 30 years to be able to see them and the fact that it’s so close to home also makes it great.

“It’s such a great band, with Sharleen Spiteri having such an amazing voice, and even our kids love them, so it’s great to be here to see it.

“I also like the setting because we’re in the middle of a beautiful setting and it’s nice and laid back and relaxing and although you’d never expect to see a concert in the forest it’s absolutely amazing to sit here.”

Chris Howell and Lisa Livingstone of Walsall said they liked being able to sit outside and watch a concert because it was something unique.

Chris said: “I think having gigs here is really good because it’s got beautiful scenery, lots of fresh air, great facilities and it’s just nice to be able to do things like that after all that. happened.

“I would definitely come back here for this and I think it’s great as it helps the local economy and supports a lot of businesses.”

Rebecca Gledhill had been surprised with a ticket from her stepfather and was there with her husband Chris and his family to watch a band she said she spent a lot of time listening to.

She said: “I had their greatest hits when I was 16 and listened to them all through my GCSEs so I love Texas and can’t wait to see them.

“This room is awesome and we’ve been there a few times before and we were the first ones out the door because it’s such a great room with the feel of an amphitheater giving it great sound quality. “