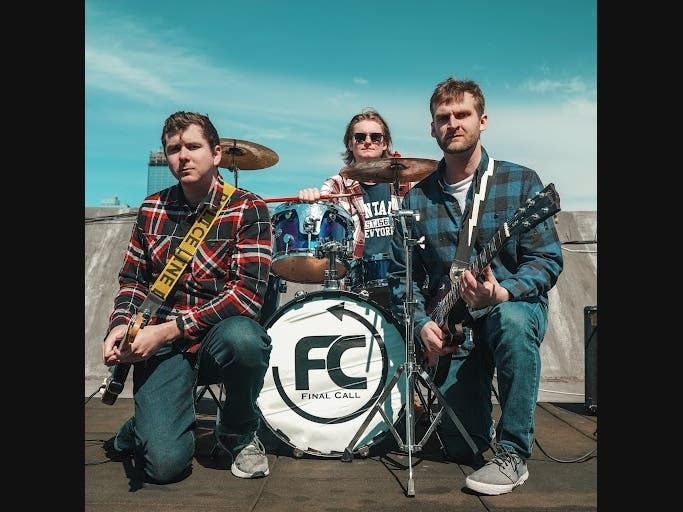 The group “Final Call” will perform in Huntington

HUNTINGTON, NY — Huntington-based band “Final Call” is set to return to its roots on Friday.

The alternative pop-punk/rock band is due to perform from 9.30pm to 11pm Friday at Finley’s of Greene Street, 43 Green St., Huntington. “Final Call” celebrates the release of its first album.

The band’s lineup currently consists of Pat Carroll on vocals and rhythm guitar, Greg Diem on lead guitar, and Evan Brandow on drums and studio bass. “Final Call” is set to release its debut album on Friday.

“We’re extremely excited to not only release our first full-length album, but to play a headlining show in the city we all first encountered,” Diem told Patch. “We really pride ourselves on delivering high-energy, entertaining shows that incorporate both our originals and our pop-punk classics, so we’re thrilled to be performing at a place like Finley’s, where we’ll have the opportunity to share our new music and Let’s expand our fan base in a super fun environment. We can’t wait to sing, dance and party with you all!”

“Final Call” was significantly influenced by a variety of artists across the rock and roll spectrum, including bands such as “Green Day”, “Blink-182”, “Yellowcard”, “Linkin Park”, ” The Beatles”, “Oasis”, “Avenged Sevenfold”, “State Champs”, “Neck Deep”, “Weezer”, “Panic! at the Disco”, “Nirvana”, “My Chemical Romance”, and “The Foo Fighters” .

In 2016, “Final Call” released its first extended play “What Lies Ahead”, which received several positive reviews and reached fans in places as far away as Indonesia and Ireland. The band’s follow-up effort, “Suburban Summer”, was released in October 2018 with the song “Farewell” appearing on Spotify’s “Pop Punk Not Dead” and “New Punk Tracks” playlists.

The band are known for their high-energy gigs, consistently attracting dozens to hundreds of fans in performances that combine originals with pop-punk classics.