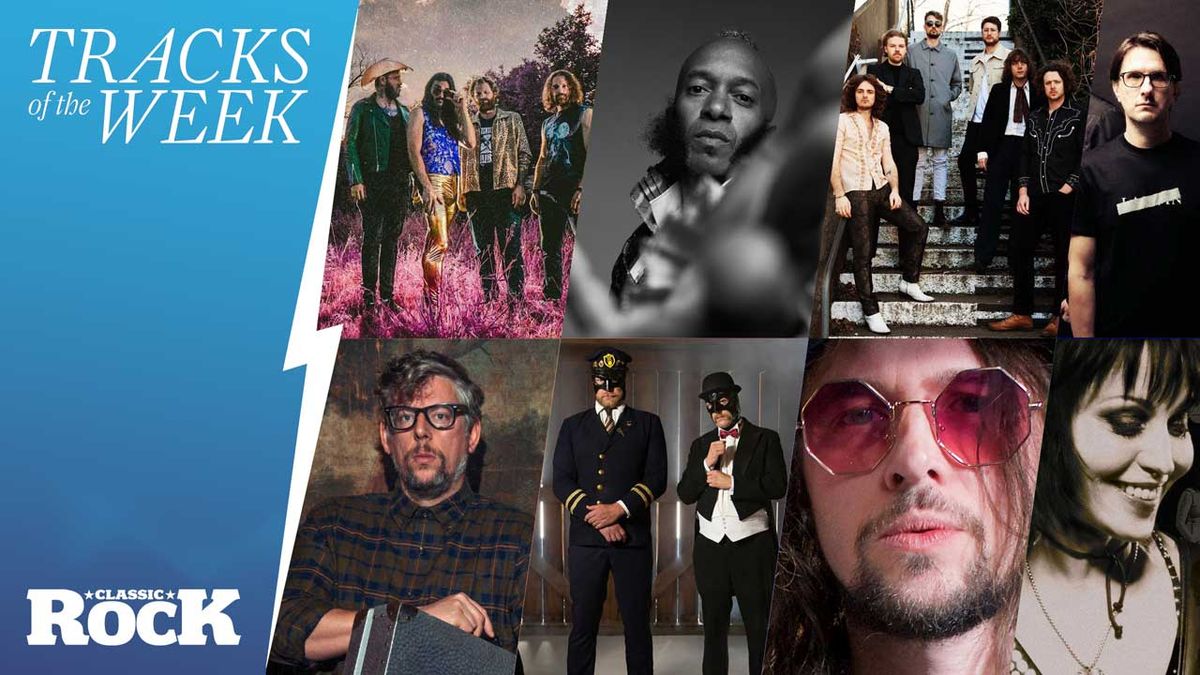 Ghost’s new album Impera may have temporarily given them the official title of This Week’s Most Talked About Group™, but a new single Around twenty could only blur the third position during last week’s Tracks Of The Week competition.

Ahead of the creepy but melodic Swedes were Nottingham’s excellent classic rock religious/deviant moves Church Of The Cosmic Skull – with the equally excellent One step closer – while at the top of the leaderboard were Skinny Knowledge from Bournemouth, who probably triumphed because they had Phantom Flan Flinger style foam blanks in their I wonder video. And there is nothing wrong with that.

So here’s Skinny Knowledge again, before we step into the Tracks Of The Week breach again (and don’t forget to vote below).

Swinging like a rocking horse made of rock, better times comes from Crobot’s next album, feel thiswhich will be unleashed on physical points of sale and streaming platforms on June 3. involving swimming pools and loud music and dancing girls and bad behavior and loud stuff.

It seems that Fantastic Negrito can’t do anything. He sings, he dances, he grows his own vegetables. And he continues to reshape the blues, this time with a song backed by a restrained groove that threatens to explode but never actually does, until it actually does, at about 2’20”. Then, it’s surprisingly psychedelic and gloriously weird for a moment, before going back to where it came from.From the concept studio album and upcoming film White Jesus Black Problemsreleased June 3 via Negrito’s Storefront Records.

Brighton’s Creeping Jean may be the only band in history to sell over seven thousand pairs of Converse trainers to fund their album, but it looks like all that time spent in retail is paying off. With refreshingly old-school production vibes (it hasn’t been polished and compressed beyond the limits of sanity like so many modern rock songs), the end result is something of a cross between something recorded while stoned in a villa in the south of France around 1971 and How weird by the WTO.

new day initially sounds like an atypical Porcupine Tree ballad, as frontman Steven Wilson will happily testify. “It’s an atypical Porcupine Tree ballad,” he confirms. “That’s until you realize that the length of bars is constantly changing, switching between regular time bars 4/4 to 3/4, to 5/4 to 6/4, 11/4, from so that the track never settles into any stable moment.” However, all of this wild flip-flopping between time signatures is not without purpose, and the song builds to a focused and surprisingly stormy climax. Excellent.

The Black Keys – The Wild Child

Judging by this latest video, it must be a lot of fun being in The Black Keys, as the heroic duo reconnect with their blue-collar roots by donning suits and working in a high school for a day. Hilarity follows, but, more importantly, low-key rock also ensues, like wild child wanders around in a moving and somewhat sassy way. Nice parps of horn too. New album abandonment boogie releases May 13.

Mysterious masked Swedes Märvel are back with the 473rd single from their upcoming album The graces came with malice and, just like the previous 472, it rocks like a rocking chair on a roller coaster. 10009% pure rock ‘n’ roll, it’s a piece of turbocharged, fuel-injected overhead cam garage rock with a video that looks like it was shot in a barn. And we fuck love barns, so it’s super good.

Xander and the Peace Pirates – Leave the Light On

Xander & The Peace Pirates have been around for a while, always bordering on Next Big Thingness without ever taking that final step towards wider recognition. Will Leave the light on be the song that does it for them? We don’t know, but it’s worth your time because it’s effortlessly smooth and as comfortable as freshly washed pants with 7% spandex. New album Order out of the chaos will arrive on planet Earth on May 6.

Joan Jett & The Blackhearts – (I Will) Run Away

Joan Jett & The Blackhearts release their first-ever acoustic album later this month, and (I will) run away – first released in 1981 I love rock n roll album – is proof that the stripped-back format suits the owner of rock’s best haircut much more than it does you. It’s a little Stoney, a touch Johnny Thunders-esque, a little Replacements-ish, and we think you’ll like it if you’re in possession of a working pair of ears.

Bodega – Broken Equipment Review: The Band Expand Their Palette On This Thrilling Musical Tour Of New York And Its History | Guitare.com