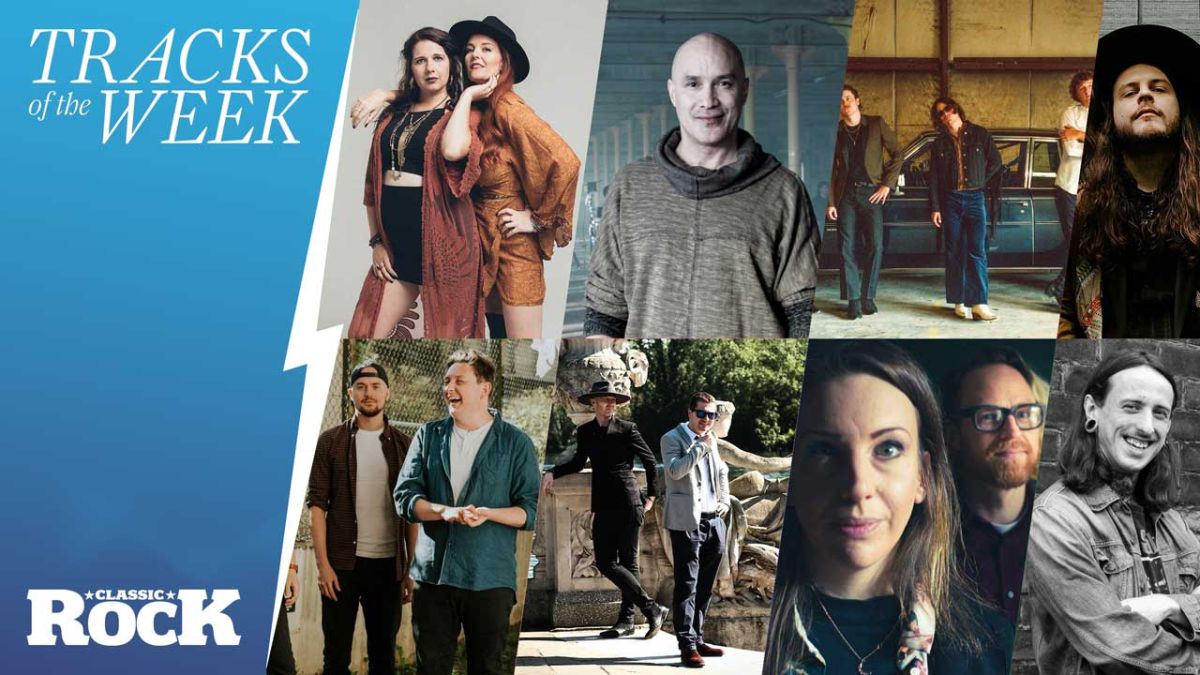 The Rock Hall Of Fame announced this year’s nominees last week, and guess what? We couldn’t believe The Enid wasn’t up for an award. Reading Festival Sundays in the 80s wouldn’t have been the same without them.

But enough of the past. Unless we’re talking about last week, when Australian brothers Mixed Up Everything won our Tracks Of The Week competition with their version of Nirvana In bloom. Finnish prog gods the Von Hertzen Brothers (another group of brothers) came in second with All of a sudden you’re gone, while American rockers Plush (not to be confused with South African alternative rockers Plush or Chicago Ork popper Plush) are not related at all as far as we know, but that didn’t stop them from finishing third with better alone.

So congratulations to Mixed Up Everything – check out how quickly they churned out a version of the Chili Peppers’ new single. black summer – and here is that winning entry again.

And don’t forget: vote for the best song of the week at the bottom of the page.

Brave Rival, five musicians from Portsmouth, mix blues, rock and soul on this catchy and fiery new number that makes us think of what Heart could sound like if they joined the Tedeschi Trucks Band. Its ingredients may be roots, but its heart is in the 80s. Billed lyrically as “a celebration of the end of a relationship that just isn’t right for you”, it’s a bold opening case. for their next album, The machine of lifewhich arrives on May 6.

Their tour may have just been rescheduled (thanks covid…), but they’re not about to leave fans empty-handed, because nice karma shows. Still feisty and full of ammunition after over thirty years, Dan Reed comes out swinging, punching and kicking with this eye-catching cut from DRN’s upcoming LP. It’s a bit like hearing Bon Jovi live on a prayer with dystopian dynamics, synths and “sexy robots”. And who doesn’t want to hear that?

With a warmth and fragility befitting their band name, this Pennsylvania-based family operation (three are brothers while the other two are childhood friends) marries After the Gold Rush-era Neil Young with the tender indie rock and kitchen sink of The Strokes. If you like these bands, as well as the pensive Americana of War On Drugs, these guys should definitely be on your radar. Their new album, Sweet Unknown (produced by Black Keys man Dan Auerbach, whose label Easy eye sound they also signed) comes out in March.

Goodbye June – What I Need

We love a good uptempo shitkicker here at TOTW. Of course we do. That being said, one of our favorite tracks from this Nashville-based family band’s new album, See where the night goes, is also one of his most melancholic moments. A big-hearted, Joe Cocker-style ballad that turns into a gospel-inspired climax, it affirms them as a rising band worth watching – especially if the southern tastes of Whiskey Myers are doing it for you, too. .

Colors of One – Bones Of Hope

Colors Of One aims high. Clearly from this soaring single, Welsh alternative rockers have their sights set on the big stages. Arenas. Festival grounds full of singing, arm-waving fans — the same ones who sing anthems like Biffy Clyro and Twin Atlantic, and are intimate with much of Pearl Jam’s back catalog. “We’ve never felt stronger about a lot of songs we’ve written,” the band said of their upcoming debut. Ships (released in April). “We are very proud to have persevered through the adversity we have experienced in recent years.”

The Bad Day – The Devil’s Lullaby

This band has been around for a while, but they seem to have truncated their name (there was a “Blues Band” track at the end, unless we were really mistaken) and Hey! Presto! it’s much livelier than some of the stuff we’ve heard before. Devil’s Lullaby is a rock engine track from the heart of the guy who just sent Scarlet Rebels into the Top 10, and it comes from Bad Day’s upcoming concept album, which they say “tells the story of a story of tragic love against the backdrop of a strange and ever-changing society.” It looks fun.

Leeds-based Tiger Island describes himself as a ‘rock ‘n’ roll thrill seeker’, and we won’t argue, for his debut single High heels is definitely rock’n’roll. Set somewhere near the center of an L7/Muffs/Detroit Cobras Venn diagram, it’s rambling, it’s sassy, ​​it’s more fun than an entire semester spent at clown college, and it includes a guitar solo that is almost hilarious in its stunning simplicity. Literally good.

Acid Row – No Church on Sundays

YouTube’s algorithm pointed us in the direction of this bad boy, and we’re glad he did, for the epic No church on Sunday is a giant of a song, with a riff that comes like a monster truck through a hutch. The Czech trio Acid Row describe themselves as “stoner rock with punk tendencies and attitude, echoes of doom metal, elements of psychedelic rock, poignant noise rock or 90s grunge”, and they evoke the forces darker for a decade. All of this bodes well for the upcoming album. Afterglow.