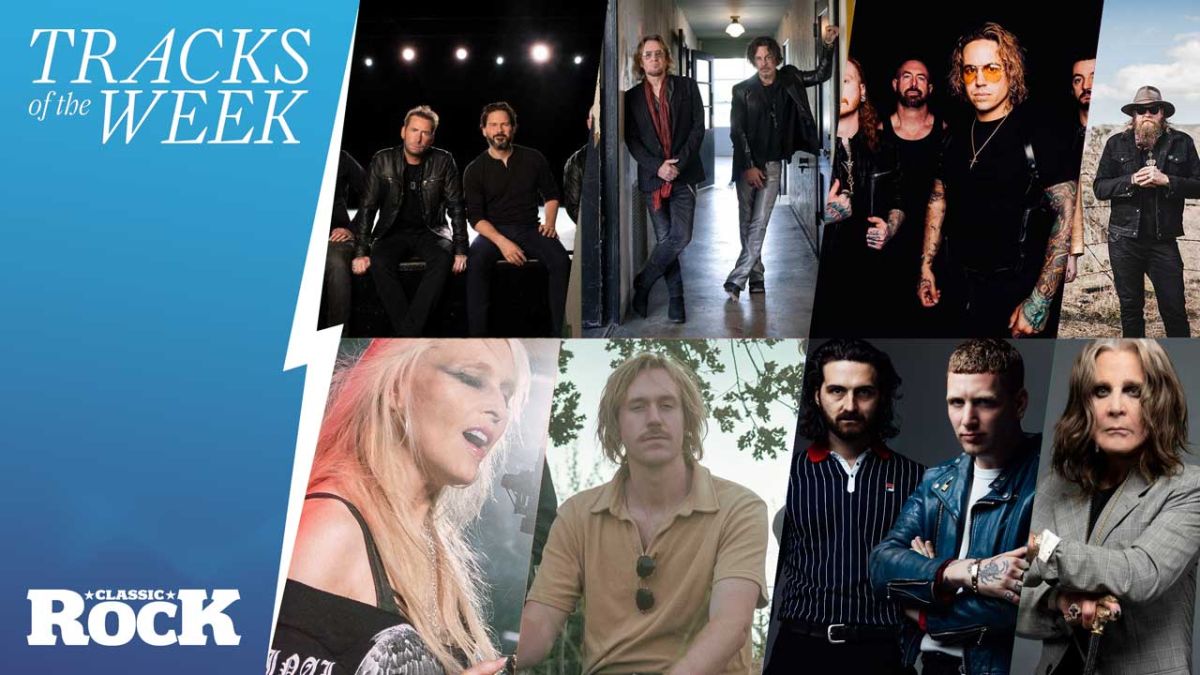 Tracks of the Week: New Music from Nickelback, Smith/Kotzen, Doro and More

Another Monday is coming, and with it another batch of songs that show the music we love being healthy.

This week? The choice, as always, is yours. But only if you vote.

The internet has been bubbling with excitement – no, really – since Nickelback released a short snippet of music that hinted at the arrival Saint Quentin single might be the heaviest thing the band has ever done. Well now it’s here, and you can be the judge, but it’s definitely, defiantly Nickelback, with a monster riff and chorus precisely crafted for arena crowds. New album Get rollin’ will be released on November 18.

The collaboration between Iron Maiden guitarist Adrian Smith and Poison/Mr Big/Winery Dogs ax thrower Richie Kotzen continues apace, with a track from their upcoming Better days…and nights collection, which comes out this Friday. Made up of the four tracks that made up last year Better days EP alongside five recorded on tour earlier this year, preview I have a hold on me (one of the live tracks) shows that the band is quite as smooth as expected.

Any song that begins with a Vincent Price narration is a Tracks Of The Week shoo-in, so Ovtlier Undead – which begins with an excerpt from Price from the 1964 film The last man on earth – make the list. “Undead is the epitome of all things revealing, dark and fun,” says the brilliantly named New York anime frontman Joey Arena, before going on to describe Undead as “A lively and colorful song that stands out from anything in our discography.” It creaks, it thumps, and it’s quietly melodic beneath its steely, industrial exterior.

“old hotel room is about the loneliness of being on the road,” says Wreck vocalist and guitarist Robert Jon Burrison. “It’s about thinking about the one you left at home and the struggle that can be had there, in an old hotel room.” Recorded at legendary Sunset Sound in Los Angeles with Darrell Thorp (Foo Fighters, Radiohead), it’s a poignant and wary slice of life from the Southern rock countryside, and comes from the upcoming live-in-the-studio collection Wreck Vol. 2.

Doro – Raise your fist in the air

Something of a curiosity here. Metal Queen Doro was recently asked to reinvent one of her hits for the German TV show impossible music, and the result is the In Heaven mix of Doro’s 2012 live classic Raise your fist in the air. And yuck! It’s truly been revamped, losing the Total Rock Power™ of the original and beefing up with auto-tune, glitchy electronic beats and smooth, multi-track vocals. It doesn’t rock anymore, that’s for sure, but it’s a fascinating insight into an unexpected parallel musical universe.

According to Discogs, Aussie psychedelics King Gizzard And The Wizard Lizard have released 43 different albums in a decade, which must make it hell to be a completist (even worse when you consider all the variants: there are 341 known versions of the albums of 2017). Polygondwanaland to collect) and while many albums have been live, next month will see the release Three new studio albums. of april Omnium Gatherum (the one they did earlier this year) was just brilliant, and Ice V – a loose ten-minute mess of Afro-funk soloing and witty misbehavior – suggests standards don’t slip.

Hastings-based power-punk purveyors Kid Kapichi have released another single from their upcoming Here’s what you could have won album, and it’s a good-time affair that sounds like Dutch rockers De Staat had they been raised on the UK’s south coast rather than the city of Nijmegen. And if you have no idea what that means (and why would you, it’s a ridiculous comparison), here’s frontman Jack Wilson to explain it much better than us. “As glitterati on our last album, just a little fun, about this social media thing that makes it seem like you have an over the top lifestyle,” he says. “What do you want from me? Do you want me to envy you?” Well, absolutely.

Ozzy Osbourne – One of These Days

Or: what happened when Eric Clapton appeared on an Ozzy Osbourne album. One of these days is the kind of thing Ozzy is increasingly good at, a poignant and personal story that shines a light on his current vulnerability while celebrating all that has come before. If this is the great man’s last album – and the story matches the story – let’s hope it goes to number one. Plus it has a touch of Marillion Kayleigh on this subject. Don’t @ us.