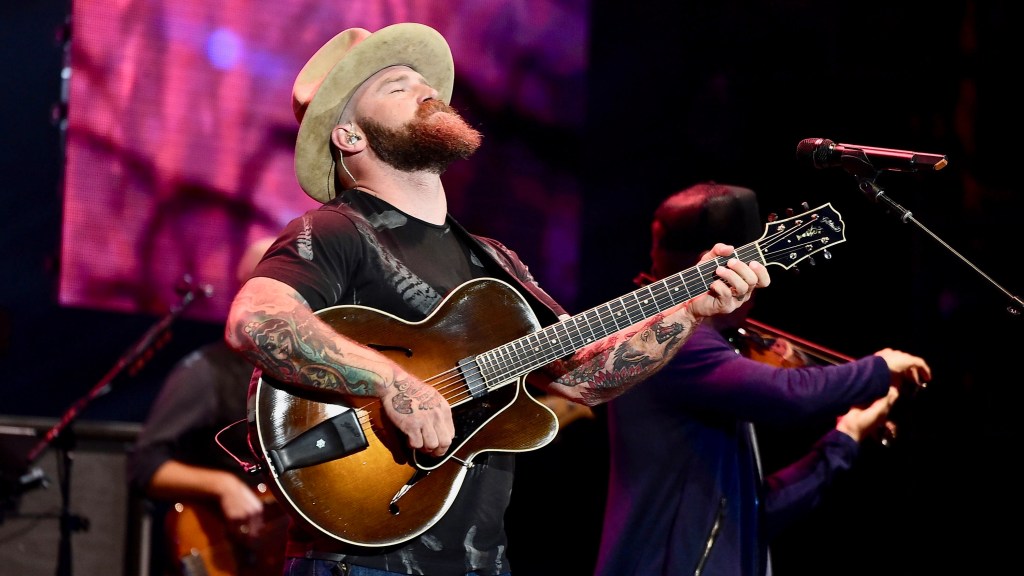 This year, the Minnesota State Fair grandstand features a mix of 90s stars (Alice in Chains, Counting Crows), family favorites (Jim Gaffigan, Disney Princess – The Concert) and an evening sponsored by 89.3 The Current (Portugal the Man, Manchester Orchestra). There are also two country artists, Zac Brown Band and Florida Georgia Line, who headlined shows in the much larger Target Field.

Tickets are available through Etix (via mnstatefair.org/grandstand/), by phone at 800-514-3849 and in person at the State Fairgrounds box office.

Here’s a preview of what’s on tap.

Alice in Chains and Breaking Benjamin with Bush

August 25: The forum opens with a bill devoted to grunge and its consequences. Thanks to radio hits like “Rooster” and “No Excuses”, Alice in Chains were one of the most successful bands to emerge from the scene in the early 90s. But after releasing their third album in 1995, the singer Layne Staley fell into a serious drug addiction and eventually died in 2002. The surviving members eventually began touring with new vocalist William DuVall. Breaking Benjamin and Bush are two bands that followed in the wake of Alice in Chain. Breaking Benjamin is known for recording a string of hits in the 2000s, including ‘So Cold’, ‘Sooner or Later’, ‘The Diary of Jane’, ‘Breath’, ‘I Will Not Bow’ and ‘Give Me a Sign”. .” Bush emerged from London in the mid-1990s with a more polished take on grunge. During the second half of the decade, they were unstoppable with radio hits like “Everything Zen”, “Comedown”, “Glycerine”, “Machinehead” and “The Chemicals Between Us”. Opening of LIFE PROJECT, the solo project of Josh Rand of Stone Sour. $79 to $36.

August 26: Counting Crows found success with their 1993 debut single “Mr. Jones” and returned to the charts with “Round Here”, “Angels of the Silences”, “A Long December”, “Hanginaround” and “Big Yellow Taxi”. Since leaving Geffen Records in 2009, the band have released a few live albums, recorded a collection of covers, and pursued solo careers. Last year, Counting Crows released ‘Butter Miracle’ EP, their first new music since 2014. Famous son Jakob Dylan’s band The Wallflowers went on a long hiatus after 2005’s ‘Rebel, Sweetheart’ Dylan continuing to release a trio of solo albums. . But he’s always insisted he prefers working with others, telling a reporter, “I never planned on hitting the road and just being the guy with the guitar…I found out love groups and I want to be a part of them.” Last year, the group released their seventh album “Exit Wounds”. $51 to $34.

Current music on a stick

August 27: As usual, The Current’s Music On-a-Stick features popular bands on Minnesota’s public radio station. Originally formed in Alaska, Portugal, The Man is best known for his single “Feel it Still”, which won a Grammy for Best Pop Duo/Group Performance. The Manchester Orchestra composed a series of alternative rock radio hits, including “I’ve Got Friends”, “The Gold” and “Bed Head”. Local favorites Bad Bad Hats are also featured. $37 to $27.

August 28: Born Armando Perez to Cuban immigrants, 41-year-old Pitbull started recording in 2004, but his career didn’t really take off until 2008 with “Krazy,” the first in a string of hits that include ” I Know You Want Me (Calle Ocho), “Hey Baby (Drop it to the Floor)”, “Don’t Stop the Party”, “Feel This Moment”, “Timber”, and “Time of Our Lives”. also a popular guest artist and has collaborated with Usher (“DJ Got Us Fallin’ in Love”), Jennifer Lopez (“On the Floor”, “Dance Again”, “Booty”) and Enrique Iglesias (“I Like It”) Australian rapper Iggy Azalea, who was briefly popular in 2014 thanks to her hits “Fancy” and “Black Widow,” opens $84 to $39 (obstructed view seats available).

The Beach Boys and the Temptations with Tower of Power

August 29: The Beach Boys spent the early ’60s dominating the charts with a string of hits such as “Surfin’ USA”, “I Get Around”, “Help Me, Rhonda” and “California Girls”. But the band’s main songwriter, Brian Wilson, had bigger ambitions and stepped back from touring with the band to concentrate on recording what would become the Beach Boys’ masterpiece, “Pet Sounds” from 1966. In the decades since, the group has largely survived as a former group fronted by founding member Mike Love and Wilson’s replacement Bruce Johnston. The Temptations and the Tower of Power open. $50 to $37.

August 30: Originally from Illinois, Jim Gaffigan was inspired to pursue comedy by Bill Murray and David Letterman. He began his career working in advertising and doing stand-up nights and weekends, eventually landing a spot on “The Late Show with David Letterman,” a move he considers his big break. . Gaffigan also does voice work, most notably in recent animated films “Hotel Transylvania: Transformania” and “Luca.” He is known for his clean comedy style and he rarely swears on stage. $94 to $39.

August 31 : Florida Georgia Line singers Brian Kelley and Tyler Hubbard met in 2008 while studying at Belmont University in Nashville and began performing together after graduation. Nickelback producer Joey Moi discovered the duo at a county fair and helped them record their first EP, which led to a major label deal and the smash hit of “Cruise.” Almost all of Florida Georgia Line’s subsequent singles went platinum or better, including “Round Here”, “Stay”, “This Is How We Roll”, “HOLY”, “Simple”, and “Talk You Out of It”. Newcomer Bailey Zimmerman (“Fall in Love,” “Rock and a Hard Place”) opens. $106 to $75.

REO Speedwagon and Styx with Levon

September 1st : REO Speedwagon started life as a cover band made up of Illinois college students in the late 60s. Things got serious in 1970 with the arrival of guitarist Gary Richrath, who would go on to write some of the songs. band’s best known songs, including “Ridin’ the Storm Out” and “Take It on the Run”. Lead singer Kevin Cronin joined soon after, and REO Speedwagon ruled the ’80s with hits like “Keep on Loving You,” “Keep the Fire Burnin’,” and “Can’t Fight This Feeling.” “. Styx got its start in Chicago in 1961, when twin brothers Chuck and John Panozzo started a band with neighbor Dennis DeYoung. They did not record together as Styx until 1972, with the 1974 single “Lady” giving the group their breakthrough success. Styx returned to the Top 10 several times over the next decade, with songs like “Come Sail Away”, “Babe”, “The Best of Times”, and “Too Much Time on My Hands”. Country rock trio Levon opens. $51 to $41 (obstructed view seats available).

September 2: Originally from Atlanta, Zac Brown founded the Zac Brown Band in 2002 and built a following through extensive touring, playing country and rock clubs as well as jam band festivals. They signed to Atlantic Records in 2008 and found success with the single “Chicken Fried”. This led to a string of smash hits, including chart-topping ‘Toes’, ‘Free’, ‘Keep Me in Mind’, ‘Homegrown’, ‘Loving You Easy’ and ‘Beautiful Drug’. The band has twice headlined Target Field and was one of the main attractions at last year’s Twin Cities Summer Jam. Pedal Steel guitarist Robert Randolph is known as a master of his craft and has earned a spot on Rolling Stone’s list of the greatest six-string slingers of all time. $194 to $75 (obstructed view seats available).

September 3: Diana Ross rose to fame in the ’60s as the lead singer of Motown Records’ most commercially successful act, the Supremes. She left the band in 1970 to pursue a solo career that began with her underrated self-titled debut album (check out her killer remake of the Supremes track “Keep an Eye”). She then performed in theater (“Lady Sings the Blues”, “Mahogany”, “The Wiz”), disco (“Love Hangover”, “The Boss”, “Upside Down”, “I’m Coming Out”) . and standards (on his album “I Love You”). Billboard magazine once named her “Female Artist of the Century.” Earlier this year, she released the single “Turn Up the Sunshine,” a collaboration with psychedelic rock band Tame Impala. The a cappella group Naturellement 7 opens. $60 to $34.

September 5: Disney Princess features a quartet of Broadway and animated film stars performing songs from Disney’s many princesses. They don’t wear costumes on stage, but will share stories of their time by portraying princesses on stage and on screen. The cast includes Susan Eagn (who originated the role of Belle on Broadway in “Beauty and the Beast”), Isabelle McCalla (“Aladdin”), Anneliese Van Der Pol (“Beauty and the Beast”) and Syndee Winters ( “The Lion King”, “Hamilton”). $37 to $27.

This award-winning ABBA tribute band returns to Dubai in October